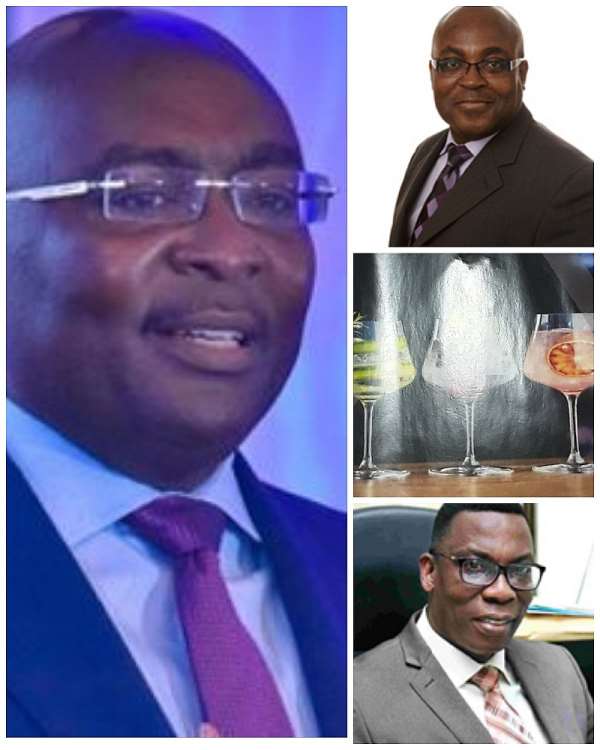 The National Insurance Commission (NIC) has held its annual ‘Chairman’s Cocktail’ event at the Movenpick Ambassador Hotel in Accra to bring together all key stakeholders in the Insurance industry to network and discuss ways of improving the sector in Ghana.

According to the Commissioner of NIC, Mr. Justice Yaw Ofori the annual event aims at creating a conducive platform for government officials and other players in the financial sector, policymakers, co-regulators and other entities within the Insurance space in Ghana to interact, share critical ideas and improve the insurance sector.

The Cocktail meeting which was on the theme: “Digitizing Ghana’s Economy-The Role of the Insurance Sector”, was also meant to create the needed platform for the players to network in order to achieve an improved outcome for the Insurance sector and Ghana’s economy as a whole.

Mr. Justice Yaw Ofori said since 2017, more digital based projects have been initiated to enable the Commission to effectively supervise entities to ensure that the interest of the Insurance public is protected.

The Commission he indicated had created online platforms are being created for vehicle, marine and fire insurances. Mr. Ofori noted that those three databases would not operate in isolation, but would be linked with key stakeholders such as the DVLA, NHIA, the Ghana Police Service, the Ghana Shipper Authority and the general public through e-portals and USSD short codes.

“The Commission is working assiduously on going live with the Motor Insurance Database (MID) in the first quarter of 2020 and rolling the other E-projects out in the cause of the year”.

The Chairman of the Board of Directors of the National Insurance Commission, Mr. Emmanuel Ray Ankrah said the Commission was seeking to leverage the digital space to grow the Insurance Industry.

He expressed the appreciation of the Commission to the Vice President, Dr. Mahamudu Bawumia for leading the charge for Ghana’s digitization agenda.

Mr. Ray Ankrah touted some of the achievements of the Commission in the last three years which included the new Minimum Capital Requirement and the Marine Insurance among others.

The 2019 NIC Chairman’s Cocktail was graced by the Vice President, Dr. Mahamudu Bawumia.