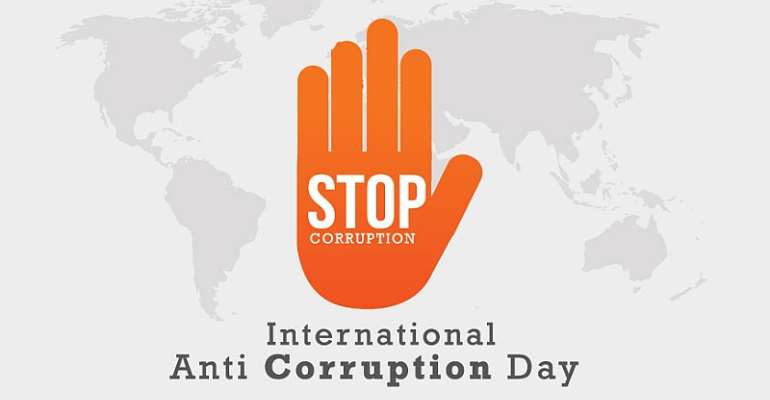 On December 12, 2019, U.S. Ambassador Stephanie Sullivan joined representatives from the New Patriotic Party, the National Democratic Congress, Government of Ghana, civil society, youth leaders, and members of the diplomatic corps from Canada, Denmark, the Netherlands, the European Union, and the United Kingdom, in observing the 2019 International Anti-Corruption Day in Accra.

Speaking about efforts to reduce corruption at the event, Ambassador Sullivan noted: “Corruption is not a victimless crime. It steals directly from the pockets of citizens… Progress has to be made on several fronts simultaneously: end impunity, reform public administration and financial management, promote transparency and access to information, and empower citizens to demand accountability from public officials. Ultimately, it’s about ensuring that government at all levels is responsive to its citizens.”

The International Anti-Corruption Day forum highlighted in practical terms what Ghana and other nations lose as a result of corruption. By bringing together a broad range of stakeholders, the forum aimed to increase public and political party engagement on anti-corruption in a way that promotes public accountability. Through dialogue, forum participants focused on approaches to increase national interest and engagement on corruption as a principal topic for the 2020 presidential and parliamentary elections, develop cooperation among actors to fight corruption in Ghana, and provide actionable suggestions to fight corruption to advance Ghana’s journey to self-reliance.