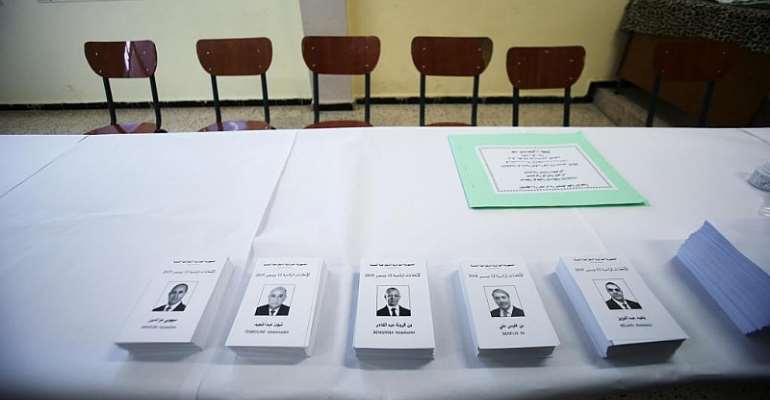 Algerians came out to protest en masse on Thursday against the presidential elections, because they believe that the next leader will be a continuation of the 20-year regime of ousted leader Abdelaziz Bouteflika.

The crowd in Algiers, the capital, reportedly numbering about 10,000 people, outnumbered the security services who were there to try and prevent the demonstration.

The ongoing 9-month protest movement, called “Hirak”, which pushed Bouteflika to resign, has been calling for weekly disruptions, and wanted the elections to be postponed.

When polls opened, some people reportedly "ransacked the ballot boxes and destroyed part of the electoral lists" in Kabylie, the Berber-majority area, according to a resident in Bejaia, who told news wire Agence France Presse.

Another incident in Kabylie saw protesters in Tizi Ouzou surrounding a polling station, while others hit the streets in Bouira, according to witnesses.

Kabylie has typically been the site of unrest in the country, but this election has proved to be unpopular with Algerians throughout the country.

The anger displayed by Algerians regarding the election had forced the candidates to enlist police protection while doing some low-profile campaigning if they weren't drowned out by protesters.

Turnout is expected to be low, as Algerians boycott the polls. The polls are slated to close at 1800 GMT.