Teachers Run Back To Classroom Over Court Order 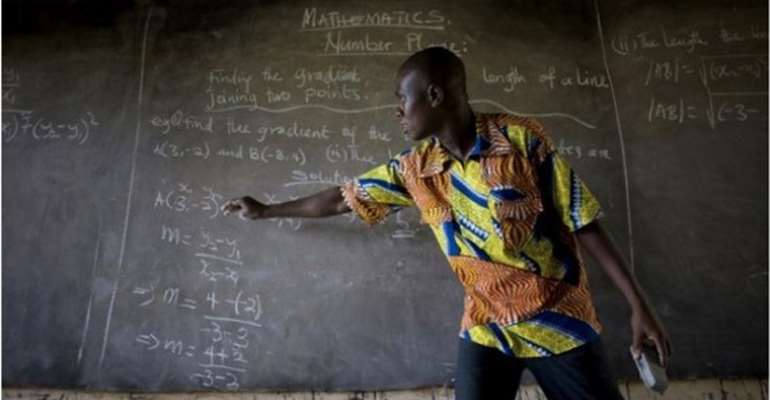 The three striking teacher unions have called off their strike following a court order to that effect.

In a statement dated 12 December 2019, the unions said the decision was arrived at “on the advice of our lawyers in consequence to the court order dated Wednesday, 11 December 2019”, and, therefore, “as law-abiding citizens, we do so forthwith”.

The statement, signed by the General Secretary of the Ghana National Association of Teachers (GNAT), Mr Thomas T Musah, added: “We hereby wish to inform our members to call off the nationwide strike action forthwith”.

The NLC declared the strike by the National Association of Graduate Teachers (NAGRAT), GNATw and the Coalition of Concerned Teachers (CCT-Gh) as illegal.

It, therefore, asked the unions to return to the classroom immediately.

The three unions' industrial action was in connection with the failure of the government to pay their legacy arrears. They made the joint announcement at a press conference held in Accra on Thursday, 5 December 2019.

Instructing them to return to work, the NLC, in a statement on Tuesday, 10 December 2019 signed by its Chair, Andy Kwabena Asamoah, said: “The National Labour Commission on Tuesday, the 10th of December 2019, met the representatives of the Ghana Education Service (GES), Ministry of Education and Fair Wages and Salaries Commission but the National Association of Graduate Teachers (NAGRAT), Ghana National Association of Teachers (GNAT) and Coalition of Concerned Teachers (CCT) were absent.

“The Commission, after hearing the Ghana Education Service on the matter, observed as follows: NAGRAT, GNAT AND CCT-Gh failed to notify the NLC and its employer of the ongoing nationwide strike in contravention of Section 159 of the Labour Act 2003, Act 651; that the Commission, in exercise of the authority conferred on it by section 139 (1) (b) of Act 651, finds the associations' actions in violation of Act 651 and, therefore, the ongoing strike of the unions is illegal.”