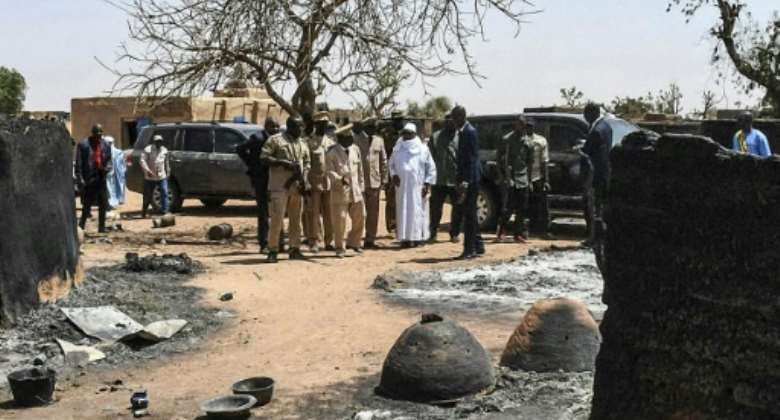 Talks on finding a political solution to Mali's deepening crisis begin on Saturday, hampered by a sceptical opposition and little sign of support on the ground.

Islamists have killed more than 140 Malian troops since September, in a widening insurgency that has also inflamed bloodshed between Fulani herders and sedentary farmers in the country's centre.

The jihadist attacks form part of a Sahel-wide insurgency which national armed forces, backed by 4,500 French troops, are struggling to contain.

On Tuesday, 71 soldiers in Niger died when hundreds of jihadists hit their base near the border with Mali.

The failure of a military response is now prompting many to conclude that the quest for a solution has to go beyond mere security -- poverty, rights or climate change must also be addressed. And some also favour a dialogue with the jihadists.

The nine days of talks, bringing together political parties and associations, are intended to be a crucible for debate for alternative solutions.

Keita has promised that the dialogue will be "fruitful and reforming" and the occasion belongs to "the people and future of Mali."

"All concerns should and must be expressed without taboo," he promised.

A Western diplomat, who declined to be named, argued that dialogue could break the "immobility of the political class, (which) is only widening the gap with Malians".

But many doubt that the conference will have much clout or credibility.

Soumaile Cisse, runner-up in the 2018 presidential elections, is snubbing the meeting, as are former prime ministers and presidential contenders Modibo Sidibe and Cheick Modibo Diarra.

"The dialogue is an IBK trick to hold onto the reins," said an official close to Cisse, using a nickname for the Malian leader, and who requested anonymity.

Brema Ely Dicko, a sociology professor at Bamako, said that even if Mali's entire political class took part, there was a feeling the talks were simply a re-tread of previous failed efforts.

In 2017, the electoral majority and opposition parties met at a national conference ahead of a presidential election the following year.

But its recommendations were never followed up -- notably the suggestion of holding direct talks with jihadist leaders Amadou Koufa and Iyad Ag Ghali.

"No one is sure the political resolutions from this dialogue will be applied," Dicko said.

Consultations have taken place in more than 600 towns in the months leading up to the talks.

But Anw Ko Mali Dron -- a forum which includes political parties and civil-society groups -- said the process was mired in "indifference, without passion, without a spiritof national awakening".

The group is not taking part in the talks.

Also unclear is the position of those armed groups which signed a peace agreement with the Bamako government in 2015 aimed at bringing peace to northern Mali.

In a joint statement this month, the two main coalitions of armed groups, the Platform and the Co-ordination of Movements of Azawad, said they would "not offer objections" to talks so long as the 2015 treaty remains off the table.

Keita has angered some of the militias by opening the door to revising the 2015 accords. They were meant to disarm rebel groups and integrate them into the national army but have not been implemented.

A 2017 proposal to revise the constitution and introduce more decentralisation has also been blocked, since Mali's opposition has not endorsed the project.