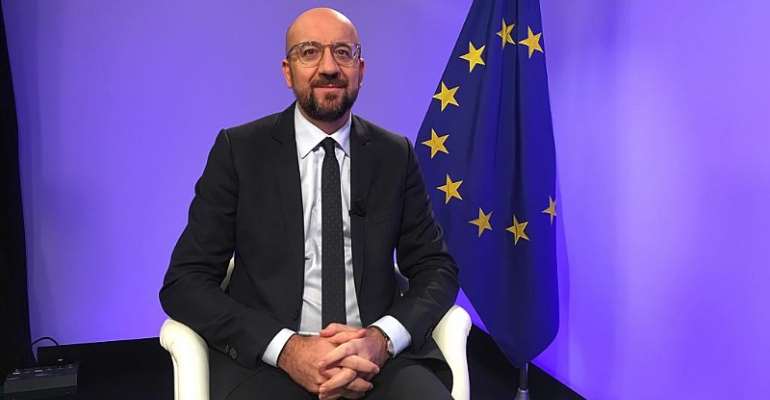 The 27 leaders of ther European Union are meeting in Brussels on Thursday for their first summit without the United Kingdom. On the agenda, the divisive issue of how to address climate change in the budget.

The summit got underway with a protest held by 28 activists from environmental group Greenpeace, who scaled the front wall of the Europa Building venue before the leaders arrived and unfurled a "Climate Emergency" banner.

The deep divide over how to fund the fight against climate change will take centre stage as the leaders gather to discuss the bloc's budget over two days.

It will be the first summit to be chaired by incoming EU Council president Charles Michel, who, in the asbsence of Britain due to elections, has been loaned the UK summit vote.

But coal-hungry countries Czech Republic, Hungary and Poland are holding out for a more detailed promise of funding for their energy transition.

Polish and Czech sources predicted that the fight could take the summit into the early hours of Friday morning without an agreement.

"The costs of carbon neutrality will be astronomic," Prime Minister Andrej Babis said, warning that his country alone would need 26.5 billion euros.

"We want the EU to take this into account in the next budgetary period," he said.

Other atomic energy users such as France, back this idea.

But Germany, which is phasing out its nuclear power stations, is joined by Luxembourg and Austria in opposing defining this form of energy as a renewable.

Finland, which holds the rotating EU presidency, has proposed a seven-year budget based on national contributions amounting to 1.087 trillion euros.

This is equivalent to 1.07 percent of total EU GDP, but less than the 1.114 or 1.3 percent requested by the commission and the EU parliament respectively.

But Finland's proposed cuts would eat into plans for the green transition, a border force, the digital economy and defence dear to France.

On Friday, the EU leaders will turn their focus again to Brexit.

If, as many in the EU capitals now hope, Johnson's Conservatives win a majority then Brussels will expect him to ratify the Brexit withdrawal deal.

This means the UK quits the union on January 31, and the leaders will on Friday ask EU negotiator Michel Barnier to be ready for trade talks the next day.