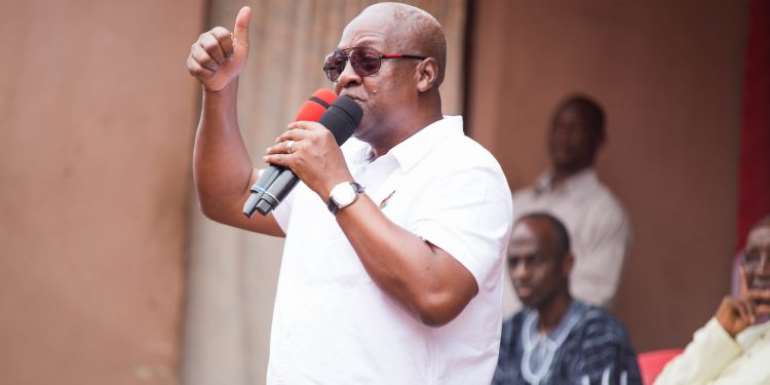 The Member of Parliament for North Tongu, Samuel Okudzeto Ablakwa, is convinced the opposition National Democratic Congress (NDC) will win the 2020 elections based on its track record on infrastructure.

Speaking on the Citi TV's Point of View, he said the election will be based on a comparison of the four-year tenures of former President Mahama and President Nana Akufo-Addo.

“The 2020 elections will be about the track record. It will be one term versus one term. Already, the Afrobarometer is pointing out to the fact that Ghanaians are looking forward to a government that delivers on infrastructure. President Mahama is known as the infrastructure king; that is the greatest selling point. It's fortuitous, it's a blessing but we are saying we will not be driven into an arena of mediocrity where it becomes a race to the bottom. We want to race to the top. “

The NDC flagbearer, John Mahama has constantly accused the Akufo-Addo administration of abandoning development projects started by his administration.

According to Mr. Mahama, schools and road projects initiated during his time as President have been left unattended in the regions insisting that the government has failed Ghanaians.