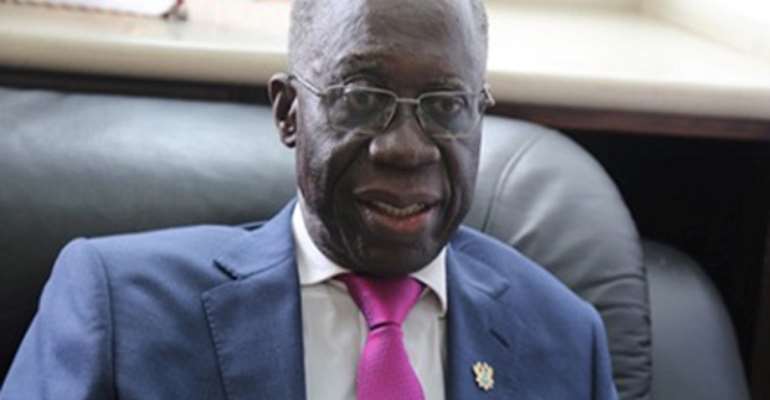 Senior Minister, Yaw Osafo-Maafo, has asked his lawyers to initiate legal processes to challenge a disallowance and surcharge slapped on him by the Auditor General, Daniel Yaw Domelevo.

The disallowance and surcharge imposed on 24th October, 2019, have to do with a $1 million payment to Kroll and Associates Limited.

“I have taken this action because evidence available shows clearly that the Auditor General erred in law and professional procedures in exercise of his powers regarding his audit on payments to Kroll and Associates Limited,” the Senior Minister explained in a statement to the media.

“I am optimistic that the courts will afford us the opportunity to prove the regularity of the said transaction and clear our names in the process,” his statement added.

It said the legal action has been initiated on behalf of the Senior Minister and four other officials of the Ministry of Finance.

It would be recalled that the Auditor General surcharged the Senior Minister for ‘failing’ to provide evidence of actual work done by private firm Kroll and Associates, which the government, through the Finance Ministry, paid $1 million.

It is the position of the Auditor General that Kroll and Associates Limited was paid for no work done.

The claims of the Auditor General were contained in his 2018 report.

At a press briefing in Accra on the matter, Mr Oppong Nkrumah challenged the claims.

He noted that prior to furnishing the audit team with a response, the report was already out in the public.

However, Mr. Domelevo argued that he gave the Ministry of Finance ample time to submit the necessary documents to defend the payment but to no avail.