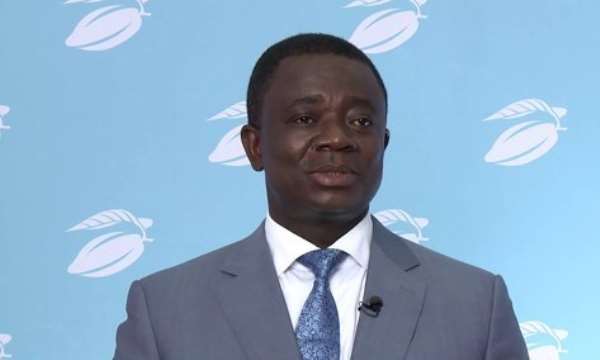 An Accra High Court hearing the trial of Dr Stephen Opuni, the former CEO of COCOBOD and Seidu Agongo, the CEO of Agricult Ghana Limited has move the matter to January 9, 2020 for continuation.

Justice Clemence Honyenugah, an Appeal Court Judge, sitting as an additional High Court Judge adjourned the matter because Benson Nutsukpui, the Counsel for the second and third accused in the case was unwell.

Mr Nutsukpui has sent a letter informing the court that he was unwell and has been excused from duty for two weeks.

Justice Honyenugah in consultation with parties involved in the case adjourned the matter to enable the Counsel to recover fully.

The judge as part of his closing remarks commended all the parties for their cooperation and support in the trial process and expressed the hope that the support would continue in 2020.

Dr Opuni and Mr Agongo are facing 27 charges, including defrauding by false pretences, wilfully causing financial loss to the state, money laundering, corruption by a public officer and acting in contravention of the Public Procurement Act.

They have pleaded not guilty and have been granted a GH¢300,000.00 each self-recognisance bail by the Court.