Russia And Sub-Saharan Africa: Using The Potential Of Investment Partnerships For Mutual Benefits 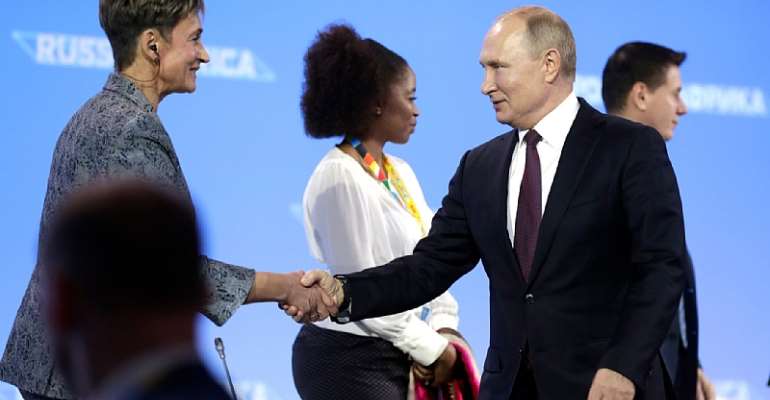 Early December, Rossiyskaya Gazeta, and Tass News Agency, both published interviews with Professor Irina Abramova, Director of the Institute of African Studies under the Russian Academy of Sciences, focusing on the economic cooperation with Africa. In these interviews, Abramova reiterated explicitly that Russians have to do away with negative perceptions and attitudes toward Africa. The attitudinal change has to reflect in all aspects of the relationship with Africa.

"In Russians’ minds, Africa is synonymous with backwardness, poverty, and hunger, which is not true at all. It is currently one of the most promising regions for foreign investment. In fact, it is a tiger ready to pounce. Africa today is in the same situation that China was in the 1990s. Today, it [China] is the world’s number-one economy in purchasing capacity, a power, which largely determines global development," she explained.

"Africa is the zone where all big players overlap since its geographic location between the east and the west puts it at the peak of controversy and a big game between all players, meaning between Europe and America, on the one hand, and China, India, and other countries, on the other. And if Russia poses as a superpower it will lose its global influence without indicating its position in Africa as well," she said.

Abramova highlighted Africa’s tremendous potential, including its unique natural resources, required for high-tech industries. "Africa is the absolute leader in reserves of bauxite, manganese, uranium, some rare-earth metals, platinum and coltan, without which no mobile phone will work, cobalt, without which no bomber can take off. For Russia, all that it very important, because Russia lost access to many strategic resources after the disintegration of the Soviet Union," she highlighted.

Africa has been developing at a very fast pace, with an average of over 4% annually over the past 20 years, the expert went on to say. "It has its own leaders. It is Egypt, which entered the European market with its mobile phones. It is Ethiopia, which, amid the Chinese-US standoff, plays a key role in China’s Silk Road Economic Belt. In the west, this is Nigeria, which has been showing growth due to non-oil sectors over the past ten years. We have a lot to learn from South Africa, including mining technologies," Abramova said.

She enumerated that seven African countries, specifically Egypt, Algeria, Morocco, South Africa, Tunisia, Nigeria and Sudan, account for nearly 90% of Russia’s trade. The growth rates of the African market’s development are very high as young people account for 65% of all Africans, securing the demand, particularly for up-do-date goods and services. The middle class is expanding very fast there, already amounting to 250-300 million people and this constitutes a huge consumer market for products and services, according to her explanation.

"The fact is that China is present in almost all African countries. Both resources and jobs for its citizens are important for it. Millions of Chinese work in Africa today. It is a good moment for Russia now because Western partners are trying to impose their ‘values’ on the Africans, while China is dealing with its challenges at the expense of Africa," the expert stressed.

Professor Abramova noted that it is a very good market for Russian products. The Chinese understood that long ago and are tapping the African market, having flooded it with their products, though Russia also has opportunities as it is fairly competitive in the energy, infrastructure and agriculture sectors, and exporting products such as fertilizers, trucks and aircraft supplies.

The fact that many prominent politicians and businessmen of the African continent graduated from Russian universities and speak Russian well contributes to strengthening of Russian-African relationship, the expert said, adding though that a new generation is about to take over in Africa, which is also reason why Moscow should maintain the existing solid social and cultural ties.

Moreover, she emphasized that African countries have one-quarter of votes in the United Nations structures, provides an additional condition that the cooperation with them will enable Moscow to promote their interests on international platforms more successfully. Indeed, Russia and Africa can change the current geopolitical situation and can further team up to influence decisions at the United Nations. *Report by Kester Kenn Klomegah in Moscow.