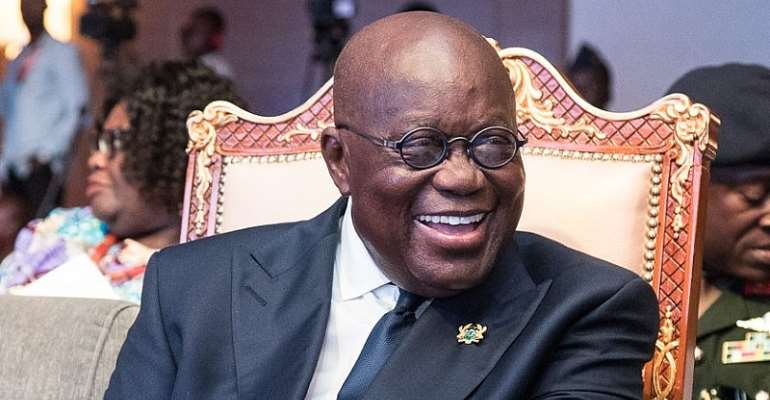 I believe in the use of analogies to explaining certain things to make them easily comprehensible to my audience and the reading public. Therefore, in this write-up, I shall be explaining the problems faced by His Excellency Nana Addo Dankwa Akufo-Addo’s NPP administration in terms of repairing an electrical fault in a domestic electrical installation.

Any qualified electrician or electrical engineer worth their salt, will bear me out that fixing a fault in say, a domestic electrical installation, is more difficult than realising a new electrical installation in a house. To realise a new electrification of a house is much easier. Once you’ve got the electrical plan drawn and you are capable of reading it, passing the electrical cables, putting in the light fittings, plugs and switches, in conformity to their stipulations as are on the plan is not difficult at all.

However, if you are called upon to fix a fault in a domestic electrical installation, to the best of my mind, knowledge and experience, it requires more time and dexterity. You don’t approach the reparation of the fault by rushing to open junction boxes and disconnecting wire-connectors here and there. And, even if you do, take time to read how the wires have been connected; identify them by grouping the already connected wires together etc. The reason behind this is no matter how the wires were connected, say if the original or previous electrician had messed up the colours of the wires in the installation, the installation did work before the fault occurred.

On the other hand, when it happens that the Main Switch Disconnector has tripped, switch off all the miniature circuit breakers in the Consumer Unit. Switch back on the Main Switch Disconnector/Isolator. If it stays on, then begin to switch the miniature circuit breakers back on one by one. During the turn of whichever of them that trips the Main Switch, that circuit is the one causing the electrical problem or fault in the house. Use the method of elimination as above to find what appliance is causing the fault and then resolve it.

It could in rare occasions be the electricity company’s supply fuse that blows out. If it is found to be that, there is a way of resolving it. Call the supply company to come over to replace it.

Have you seen that resolving the problem requires time and patience?

Similarly, if a father or an uncle dies, bequeathing to you money or a property which is almost next to nothing, but you are required to manage the household with it, will it not initially pose a herculean problem to you? Until you have devised a method to enable you properly manage the family with it, prioritising the many wants of the family using the little means at your disposal, the family will in the beginning suffer. They may not get all their wants provided within a short space of time. It will take time, patience and adoption of useful methods including thought-out investments to be able to provide the family most of their needs.

The provision of their needs will be according to the family’s scale of preference. The most important one, if the means to satisfy it is there, will come first, followed by the next important one. It will be in that descending order until most, or all, of their wants are met.

Going forward, when your predecessor hands over a broken economy to you, as it is in the case of former President John Dramani Mahama handing over the governance of Ghana to President Nana Addo Dankwa Akufo-Addo, will the successor not suffer a lot before being able to fix the economy?

Former President Mahama is on record to have said, “It does not take two and a half years or three to manage or transform an economy. It takes more than that”. I have an evidence of him saying this on my WhatsApp wall as I write.

Additionally, had he not said that he had eaten all the flesh off the bone and was even gnawing on the bone? This goes to tell that he had depleted the nation’s coffers, leaving almost nothing to his successor, Nana Akufo-Addo, to manage the broken Ghana economy with. However, he is now the very person mocking his successor as having not done much hence he is incompetent and a liar.

He claims his successor promised Ghanaians heaven on earth – free Senior High School education, US$1 Million per district per year, One District One Dam, arresting all those officials that had embezzled public funds, reinstating teachers and nurses’ allowance, etc., but he has failed to achieve all these promises.

Going by his own acknowledgment that two and a half years or three, is not enough to change or transform an economy, for the better of course, how honest and fair is he to expect Nana Akufo-Addo to fully implement all his policies and programmes in less than three years?

In the same progressive order that a fault in electrical installation is detected and fixed, so must the economy be. Without abundant money resources at the disposal of President Nana Akufo-Addo, he can only deliver on his promises gradually, going by their order of importance. He needs time to do them. He needs to go borrowing and engaging private investors. He needs to clean up the mess left (e.g. problems within the banking and microfinance sector) by his predecessor and then start building a better and stronger foundation. With enabling economic factors realised, the economy can start off on the solid foundation built.

With more money available, no outstanding debts to pay, no embezzlement of public funds through sole-sourcing, “create, loot and share” judgment debt payments, no corruption etc., the numerous promises made could be implemented straightaway. It will be similar to a new electrical installation. However, with the opposite being the case, changing the economy will be like fixing an electrical fault as explained above.

Subsequently, I shall entreat my fellow Ghanaians both home and abroad, to give President Nana Akufo-Addo a bit of time and he will deliver most, if not all, of his promises.

A word to the wise is enough.
Rockson Adofo
Wednesday, 11 December 2019