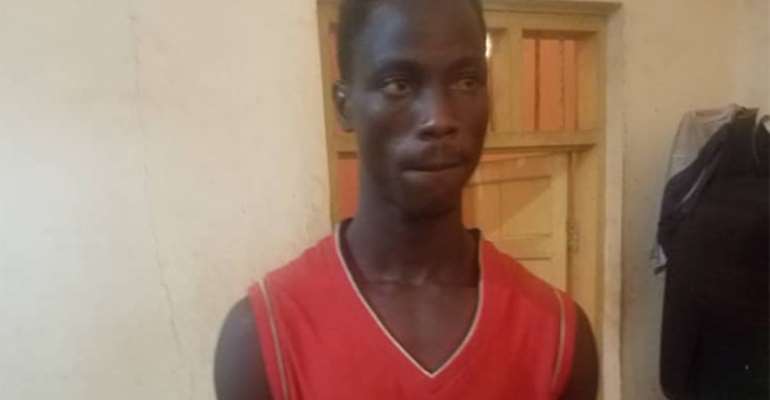 A 21-year-old man, Yeni Kutu who defiled a 13-year-old boy at Adagya in the Bosomtwe District of the Ashanti Region has been jailed 10-years.

Harbouring the intention to engage in the unlawfully lewd act, the convict, an aboboya rider, was said to have given the victim (name withheld) some energy drink laced with alcohol to get him drunk, after which he had sexual intercourse with him through his anus.

Yeni Katu popularly known as Tani admitted the offence and pleaded guilty to the charge of defiling child less than 16 years of age, contrary to section 101(2) of Act 29/60 as amended by Act 554 of 1998.

Prosecuting, Police Detective Inspector Stephen Ofori told the court presided over by Fredrick Nawura that on December 7, 2019 around 12 noon, the convict, who lives at Adagya, spotted the victim in front of his (boy's) mother's shop in the same community, whilst on a jolly ride.

According to him, the convict lured the boy with money onto the motorcycle and asked him to accompany to his home to load goods, without informing the mother.

Upon reaching home, prosecution narrated further that Katu invited the primary-six pupil into his room and engaged him in conversation whilst there.

Inspector Ofori continued that the convict offered the boy an energy drink which he drank without suspecting any foul play.

Soon after that, the prosecutor said, the victim became drunk and dizzy, rendering him weak.

Yeni Katu then took advantage of his state of weakness and had sexual intercourse with him, through the anus, Inspector Ofori pointed out.

The convict afterwards warned the victim not to disclose his ordeal to anyone or will be killed.

He then rode him back to his mother's shop area and dumped him.

Some neighbours, who found the victim, quickly went to his aid, upon realizing he had urinated and defecated on himself, and quickly sent him to the mother.

The boy reported the incident to his mother, who later lodged a complaint with the police, leading to the arrest of Yeni Katu, said prosecution.