French PM outlines pension reforms 'without brutality', but unions vow to battle on 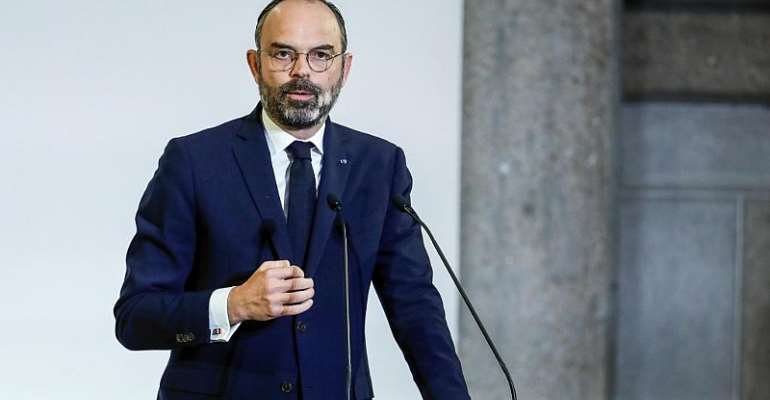 France's Prime Minister insisted Wednesday that the government will push ahead with reforms to the country's fragmented pension system. However, he also offered concessions to unions as a crippling strike entered its seventh day.

Public transport networks in Paris and other main cities have been paralysed by the walkout, which began last Thursday and left shops, hotels and restaurants fearing for the impact on their bottom line.

In a televised address, Edouard Philippe said the highly-contested pension changes would be implemented in phases, "without brutality", and would not affect workers born before 1975.

Minimum €1000 pension
There would be a guaranteed minimum pension of 1,000 euros for all who had worked their full quota of years, a higher amount than some -- including farmers -- currently receive. According to official statistics, the average pension in 2017 was just over 1,600 euros.

And the prime minister said the legal retirement age would remain 62, although an additional two years of work would be required from 2025 for people to leave with a full pension.

"The time has come to construct a universal retirement system," said the head of government, insisting the overhaul would be fairer and would better protect vulnerable workers.

"To guarantee our pension, to finance a higher level of solidarity, to benefit from a higher life expectancy without increasing taxes, the only solution is to work a bit longer, and progressively a bit longer, as is the case everywhere in Europe and everywhere in the world," said Philippe, announcing the "incentive" for later retirement.

Philippe said the government's proposals would "justify" the end of labour action that has disrupted national rail services and grounded many planes. Hundreds of thousands of people have also taken to the streets in two mass protests since last Thursday.

French unions have vowed to resist until the plan is withdrawn, in the biggest show of union force since President Emmanuel Macron came to power in 2017 vowing to cut public spending and make the economy more competitive.

In anticipation of Philippe's announcement, unions kept up the pressure Wednesday with a seventh day of transport strike.

Unifying 42 pension systems
The proposed reform will unite into a single plan the current 42 pension regimes across the public and private sectors.

It would replace the current pension calculations -- based on a private sector worker's 25 best earning years, or six months for public servants -- with a universal points-based scheme.

This would also be staggered, said Philippe.
The protests brought 339,000 people out on the streets around France Tuesday and some 800,000 on the first day of the labour action last Thursday, according to official estimates.

They included teachers, hospital workers, firefighters, students, and members of the "yellow vests" anti-government movement which have been holding weekly rallies for the last year that have sometimes turned violent.

Transport nightmare
Striking workers blocked seven of France's eight petrol refineries Tuesday but the government said there had been no impact on petrol supplies.

Public transport in the capital remained at a near standstill Wednesday, causing much frustration for working commuters and tourists alike.

Nine out of Paris' 16 metro lines were offline, five offered reduced services, and the only two driverless lines kept to their usual schedule though with a high risk of congestion, according to operator RATP. There were also fewer buses.

Trains linking Paris to its suburbs were running a minimum service, and commuters desperate to get to work squeezed into overfull carriages from the early hours.

The head of national rail traffic operator SNCF, Alain Krakovitch, warned the chaos that has also hobbled high-speed and international trains would likely continue "until the end of the week". But some labour leaders have vowed to fight through until Christmas.

Their labour action has revived memories of three-week-long strikes over pension reform that crippled France in 1995, forcing the centre-right government of the day to reverse course.