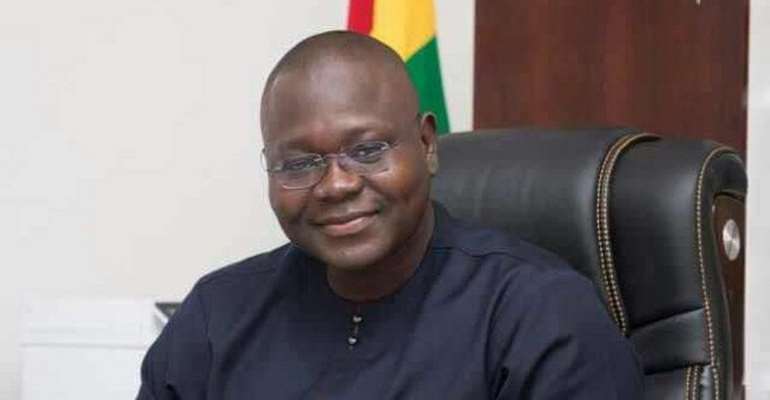 Deputy Chief of Staff, Francis Asenso-Boakye has debunked claims he is deliberately using his office to prevent some individuals from meeting with President Nana Akufo-Addo.

According to Mr. Asenso-Boakye, he has no power to stop anyone, not least senior members of the NPP or Government officials from meeting with the President.

His claims come on the back of accusations from one time NPP chairman aspirant Dr. Amoako Baah claiming that Mr. Asenso-Boakye is sabotaging his efforts to meet with the President.

Mr. Asenso-Boakye in a statement however acknowledged that there have been a meeting between him and Dr. Amoako Baah with the latter requesting to meet with the President, but according to him, he only forwarded his request to the office responsible for scheduling the President’s appointments at the presidency.

He further explained that the President’s tight schedule sometimes does not allow for him to meet with the numerous stakeholders, including party executives and Government appointees wanting to seek audience with him.

“Indeed, Dr. Amoako Baah came to my office sometime this year to discuss a possible meeting with the President. Courtesy would not allow me to disclose the details of the subject matter for which he needed to see the President. Suffice it to say that it was not about the referendum as portrayed in the interview.

“As is the practice, I forwarded his request to the responsible person in charge of the President’s appointments and meetings.

“Let me state unequivocally that I have no such power to stop anyone, not least, senior members of the party or government from meeting with the President. That is not my job, respectfully. “

Mr. Asenso-Boakye who is also a political assistant to the President also described as inaccurate claims by Dr. Amoako Baah that he refused to pick up his calls on numerous occasions after their meeting.

Mr. Francis Asenso-Boakye explained that although his office is inundated with lots of phone calls and other requests, he personally made an attempt to keep Dr. Amoako Baah in touch by saving the phone number he had given him.

“The assertion that I did not pick his calls on several occasions is not accurate. When he called on me to facilitate his meeting with the President, I took and saved his new number, having told me he was no more using the old one I had. If the intent was to sever ties with him or ignore his calls, I would not have saved the new number. In any case, I receive a large number of missed calls each day but endeavour to call back once the number is known to me.”

Mr. Asenso-Boakye called on the public to disregard all of such claims by Dr. Amoako Baah and the host of the said radio program, Adakabre Frimpong Manso.

“I appeal to the general public to disregard those assertions and the sensationalism that the host of the programme, Adakabri Frimpong Manso sought to create during the interview.”