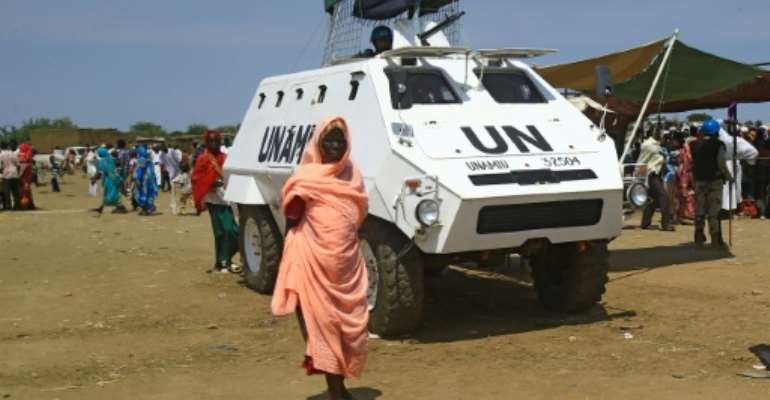 The peace talks began in October in South Sudan and aim to put an end to conflicts in Darfur, Blue Nile and South Kordofan, where rebels have fought bloody campaigns against their marginalisation by Khartoum. By ASHRAF SHAZLY (AFP)

The Sudanese government and rebel groups on Wednesday kicked off a fresh round of peace talks, expressing optimism they could reach a deal in the next two weeks to end years of conflict.

The peace talks began in October in South Sudan and aim to put an end to conflicts in Darfur, Blue Nile and South Kordofan, where rebels have fought bloody campaigns against their marginalisation by Khartoum under ousted president Omar al-Bashir.

Numerous rounds of talks mediated by the African Union have previously failed, but there is fresh hope after Sudan's transitional government, led by Prime Minister Abdalla Hamdok, made peace in these areas a priority.

"We are optimistic that this time (we) will achieve positive results," said Abdal Aziz Alhilu, leader of Sudan People's Liberation Movement/Army-North (SPLM/A-N) a coalition of three rebel groups at the talks.

The group represents those from South Kordofan, whose rebellion like that of Blue Nile is seen as a continuation of fighting which led to the independence of South Sudan in 2011.

In the previous round of talks all parties agreed to a permanent ceasefire.

In this round of face-to-face talks, the government and rebel groups are expected to negotiate and strike deals on political and security issues as well as humanitarian access. They are also expected to agree on power and wealth sharing.

"The peace that we are going to achieve ... will set a political and democratic transformation for our country," said Alhadi Idris, head of the Sudan Revolutionary Front, a coalition of nine rebel groups from the three conflict areas.

The conflict in the western region of Darfur erupted in 2003 when ethnic African rebels took up arms against Bashir's Arab-dominated government, accusing it of marginalising the region economically and politically.

Hundreds of thousands have been killed and millions displaced in the rebellions by ethnic minority groups in the three conflict zones that met with an iron fist from Bashir's ousted regime.

Representatives from the rebel groups said they believed issues of national identity and the failure to define the relationship between religion and the state, were root causes to the conflict and needed to be addressed by the talks.

Mohamed Hamdan Dagalo, deputy president of the Sudan Transitional Military Council, who is heading the government delegation from Khartoum, said his team is in Juba "with full mandate to reach a settlement through a negotiated agreement with the other groups."

"This round of talks should reach an agreement that will end the suffering of the Sudanese people especially the IDPs (internally displaced people) and the refugees in the other countries," Dagalo said.