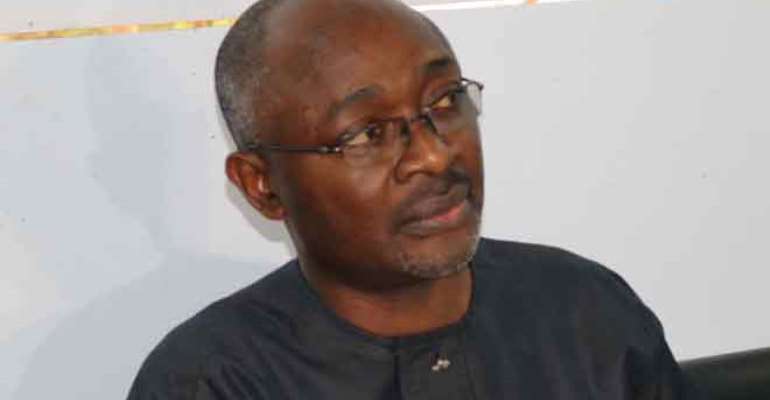 Businessman, Alfred Agbesi Woyome has described as false allegations that he colluded with now-defunct UT Bank, to fabricate evidence about the ownership of his assets.

This comes after a deputy Attorney General, Godfred Dame disclosed that the alleged fraud would form the basis for fresh case against Mr. Woyome.

In a statement signed by Alfred Agbesi Woyome and sighted by Citi News, he insisted the properties were collateralised assets of UT Bank with their ownership transferred provisionally to the bank for additional security.

Mr. Woyome also suggested that he may pursue legal action over published news reports on the matter.

“I have read with much surprise and regret the purported lectures given by Mr. Godfred Dame and unwittingly reported by the Daily Graphic on its front page. The allegations are not TRUE. We have referred the publication to our legal team.”

He explained further that “all the properties listed are actually collateralized properties to the UT Bank. The receivers of the UT Bank appointed by the same Government made a deposition to the Supreme Court that UT Bank has bought the properties. The Companies involved refuted that deposition and stated they were actually collaterised and not bought, but ownership was transferred provisionally to UT Bank as additional security.”

Mr. Woyome added that this new move by the state is politically motivated.

“Godfred Dame claims in the publication that, the NPP Government rose to power on a campaign promise of the case involving Alfred Agbesi Woyome and the State, clearly admitting that the case is politically motivated and a persecution.”

The Supreme Court recently gave the Attorney General permission to sell properties belonging to Mr. Woyome to offset part of the GH¢47.2 million he owes the state.

In 2014, the Supreme Court ordered Mr. Woyome to pay back the amount, after former Attorney General and now Special Prosecutor, Martin Amidu challenged the legality of the judgment debt paid the businessman.

The ruling followed claims made by the Receivers of defunct UT Bank that some of the properties identified by the State for sale was theirs.

According to the lawyers of the defunct UT Bank, Mr. Woyome used the said properties as collateral for loans at the bank which he failed to pay back.