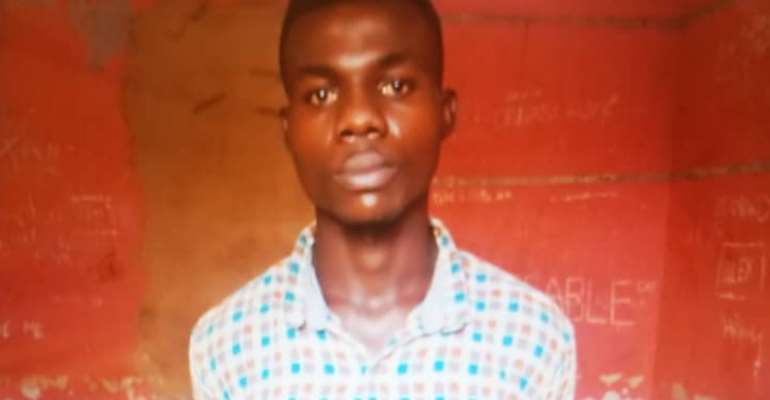 A 26-YEAR-OLD man, Bright Antwi, who admitted stealing two Haojin motorbikes at different locations on different dates and selling one, has been handed 42 months jail sentence.

The convict, a resident of Aboaso near Mamponteng in the Kwabre East District of the Ashanti Region, took one of the motorbikes on October 9, 2019 at Asiwa near Kokoben in the Bekwai Municipality.

Prosecutor, Detective Inspector Stephen Ofori told the Bekwai District Magistrate Court where Bright Antwi admitted the charges, that the motorbike, registered M-19 AS2531, had been parked by the owner in front of his room prior to the night.

The prosecutor narrated that the convict said he mounted the motorbike and rode it away after realizing it was not locked.

He could not lead police to retrieve it or identified the buyer to the law enforcement officers.

The convict, who went into hiding, was arrested on December 1, 2019 in another motorbike theft at Kokoben and told police during interrogation that he was behind the theft of the complainant's motorbike on October 9, 2019.

Bright Antwi was charged with the two offences and was later arraigned before the magistrate court where he was convicted on his plea of guilty to two counts of stealing two motorbikes on different occasions and sentenced to 24 months and 18 months on each count to run concurrently.