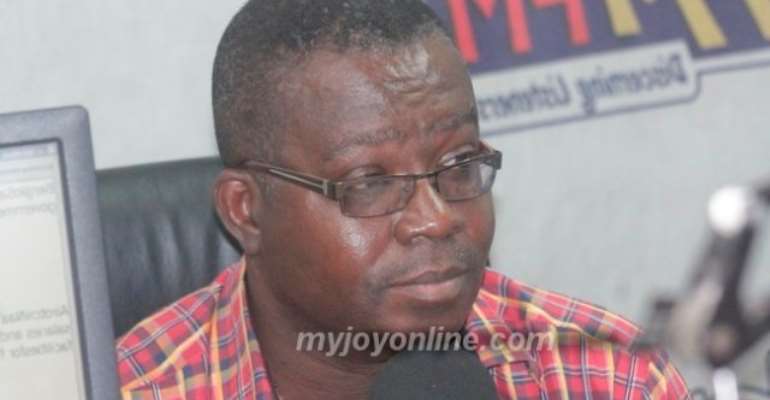 The three striking teacher unions have refused to call off their industrial action despite a directive from the National Labour Commission to members to return to the classroom.

Angel Carbonu, President of National Association of Graduate Teachers ( NAGRAT), told Joy News the directive by the Commission was not taken in consultation with the teacher unions.

He said although the teacher unions were invited to the meeting, none was present.

Mr Carbonu argued that the NLC cannot fault the striking teachers for failing to notify them since it was not required by law.

“Yesterday, we heard on the news that the NLC is directing us to call off our strike after a meeting with us. How can they have a meeting with us when we were not present? We don’t even know the people they met,” he said.

The Commission in a letter issued on Tuesday, also described the strike as illegal and accused the union of failing to notify them before embarking on their strike.

Members of the Ghana National Association of Teachers (GNAT), (NAGRAT) and the Coalition of Concerned Teachers (CCT), have since Monday, boycotted their post after a series of failed engagements with the government on Legacy Arrears incurred between 2012 and 2016.

Earlier, the Ghana Education Service and the Ministry of Education had issued press releases describing the action as baseless, illegal and shocking.

The NLC subsequently called for a meeting with representatives of the unions and other stakeholders to ascertain the way forward.

But the meeting on Tuesday never happened.

“Yes, there was supposed to be a meeting between us and the NLC on Tuesday, but we told them none of us will be in town so it’s better if the meeting is postponed and we sent a letter to that effect to them. So why go ahead with the meeting and come back to tell us to call off our strike when you haven’t even spoken to us”, he quizzed.

Mr Carbonu further maintained that members will continue to vacate their post until an amicable agreement is reached.

“The NLC cannot tell us that our strike is illegal and that we did not ask permission from them. There is no law that says you have to alert the NLC before going on strike. So we are not going to call off the strike. Our members deserve their money.”