Too Much Talking Can’t Buy You A Horse 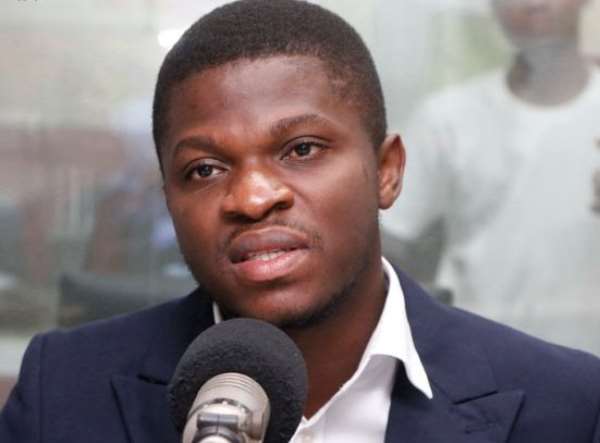 Like The Ibos of Nigeria, the Akans intersperse their conversations with proverbs. Instead of telling you that you are a fool, the typical Akan man will tell you to look into the mirror and see how a foolish man looks like. I don't think if you look into the mirror you will see my face. If the Akan man tells you that too much talking can't buy you a horse (Kasa tenten nto ponko), he wants to tell you that you are making unnecessary noise which will not earn you anything.

One person who is digging a deep hole to finally bury the ambition of Mr. Mahama to become the president of Ghana for the second time is this braggart called Sammy Gyamfi, the Communication Officer of the opposition National Democratic Congress (NDC). When he fires from the hip, it makes him look like a modern day Don Quixote. He is gradually becoming a nuisance value and right thinking Ghanaians do not take him serious. This boy has never seen anything good about the President, Nana Akufo-Addo and he will never complete a sentence without mentioning the name of the president. He seems to be playing smart but surely he is not clever enough as far as 21st century politics is concerned.

During the 2016 electioneering campaign, the likes of Sammy Gyamfi and the wee-smoking 'Montie' three unknowingly helped Nana Addo to win the election easily. In their attempt to take candidate Nana Akufo-Addo to the cleaners, they rather gave the man advantage which helped him to zoom to grab the Golden Fleece. As they continued to insult the gentleman, Ghanaians did frown, since our cultures do not allow children to insult elderly persons. Candidate Akufo-Addo chose the wise way by ignoring them and kept trudging on. The Akans say if you play with a puppy, it will lick your mouth one day.

In those days, well cultured Ghanaians who knew better asked: “What has the gentleman done to these upstarts to deserve all these insults?” As the babies with sharp teeth intensified their insults, candidate Nana Addo had this to tell Ghanaians: “Despite the insults, vitriolic invective being heaped on me, I am moving forward.” And he indeed moved forward, opened throttle and with the speed of an eagle he grabbed the trophy, leaving dazed small boys in the dark.

The boys who are suffering from infantile disorders and acidic tongue have started again but as sure as the sea continues to eat the land, they will bite their fingers one more time. Indeed, if they think they are the only persons who have red saliva to spit out rot, somebody should advice them to start looking for crash helmets. Oh yes, if they are going to live in the river, they should start making friends with the crocodile, because the battleground will be a contending doom. The last time, Nana Addo was not the president of Ghana but now that he is the executive, president of mother Ghana, some of us will not sit down for some half-wits to drag the name of our president in the mud. I have already filled my fountain pen with ink in anticipation of the battle royal.

Ever since the NDC lost the elections, they have become a vexation to the spirit of Ghanaians as they continue to kick and yell. This is a political party which ruled this country eight years and left behind a shattered economy which was riddled with corrupting and a decadent society and when a new regime is in power and trying to remedy the rot, communicators of the defeated party will never give Ghanaians breathing space. It takes an experienced captain to steer a ship in troubled waters ashore and this is exactly what Nana Addo and his team are doing. The NDC must put up or shut up. The NDC in power nearly collapsed the NHIS, the legacy of former President Kufuor, because the scheme owed service providers. In the run-up to the 2016 elections and in their desperation to stay in power to continue the theft of the national coffers, these nation wreckers awarded dubious road contracts, received their 10 per cent kick backs and the contractors who were not paid left their various sites when the NDC lost power. They deliberately refused to pay teachers and nurses who had completed their training and stayed at home for more than four good years. In fact, all sectors of the economy suffered in one way or the other and the center could not hold.

Ghanaians should say a little prayer for Dr. Bawumia and his Economic Management Team (EMT) so that they could live long enough to correct the mess. The team has taken us out of the woods and we are on our way to Canaan. There will be obstacles on our way but surely we will reach our Eldorado. With God everything is possible. The evil-minded NDC crooks can do their worse but Dr. Bawumia and his team will surely do their best to salvage the rot.

The NDC and John Mahama for that matter know pretty well that Bawumia is the man to fear and so they will do everything to find fault with the man. Whatever they do or say will not wash because the man is Mr. Clean and he is highly focused. All well meaning Ghanaians should be on the lookout for saboteurs. Mr. Mahama is desperate for power and he will do everything to turn the apple cart upside down. “Most Reverend” Ofosu Ampofo, the National Chairman of the defeated and disgraced NDC, has served notice that they will kidnap people in the run-up to the 2020 election and we have taken notice. Mr. Mahama has also told us that the NDC has a revolutionary background and so they know how to unleash violence. Yoo! We hear. The security agencies should be on the lookout because the country is dealing with wounded lions that are more dangerous than black cobras or venomous vipers.

Excuse me while I go for my Ghana card.