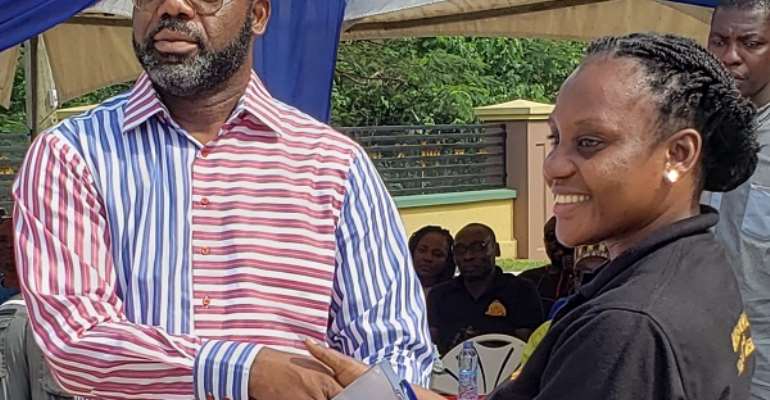 Dr. Prempeh, who doubles as the NPP Member of Parliament (MP) for Manhyia South in the Ashanti Region, was presented a plaque during a party programme in Kumasi on Saturday.

Mary Coker, the NPP Women's Organizer for Manhyia South Constituency, who made the presentation on behalf of the party's National Women's Organizer, Kate Gyamfua, said Napo had been “a strong pillar behind the NPP women's wing.”

She said the MP had consistently supported the NPP national women's wing in various ways, especially in critical moments that the women's wing needed help, adding that he had never neglected the women's wing. “The minister's benevolence and his ever-ready-to-help nature has kept us going forward,” she pointed out.

To buttress her point, she cited Napo's significant contributions, which ensured the success of the just-ended annual NPP National Women's Conference in Takoradi.

“The NPP National Women's Wing appreciates your tireless efforts to see us develop so that we can contribute our quota to ensure victory in 2020 for the party; so we are honouring you today,” she said.

She passionately appealed to other leading members of the party to emulate Napo's exemplary action by also contributing to the transformation of the party's women's wing.

According to her, the women's wing, from national, regional to constituency, are determined to play key roles to ensure victory in 2020 for the party.