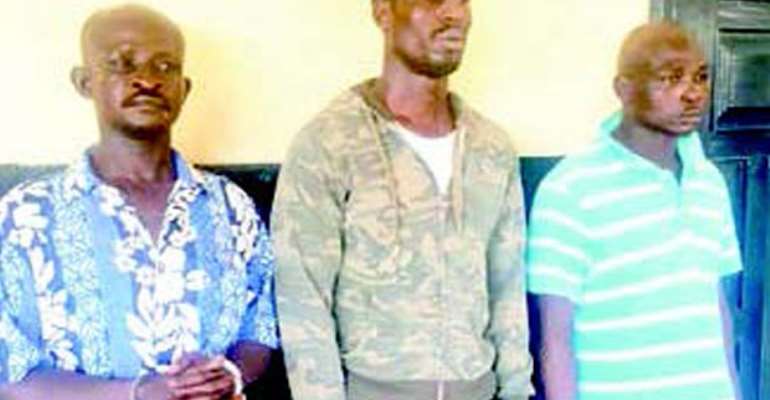 Some of the suspects

Four suspected armed robbers who are suspected to have attacked and shot a forex bureau operator on the Kanda highway recently have been arrested.

They were arrested from their hideouts at various locations at Nsawam, Abossey Okai and Glife, near Dansoman.

The Accra Regional Police Commander, Deputy Commissioner of Police, Frederick Adu Anim, said the suspects on October 7, 2019 attacked the victim who was on his way home after work in his Toyota Corolla private car.

On reaching a spot on the Kanda Vocational Institute on the highway, he was attacked and shot multiple times in his chest and both thighs by the suspects using a motorbike.

The same gang again attacked a Chinese national at Suhum in the Eastern Region in April this year.