We've Brought Back 'Witches' To Their Communities — CHRAJ Boss 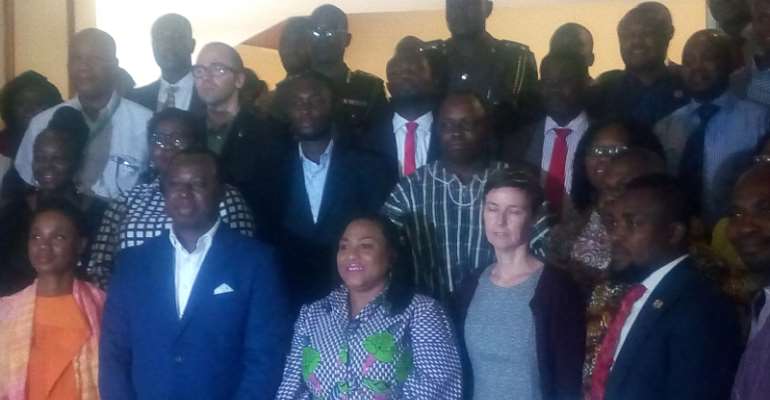 Commissioner of the Commission on Human Rights and Administrative Justice (CHRAJ), Joseph Whittal says through the help of Action Aid, it has managed to reintegrate into communities, the vulnerable elderly women who were alleged to be witches in the Northern Region.

According to him, the Commission is currently supporting them with some microfinance to keep them active and earn a living.

Speaking at the 2019 Commemoration of International Human Rights Day on the theme ‘Stand Up For Human Rights’ in Accra, the CHRAJ Boss stated, “This gesture is to send signals to Ghanaians that we should stand up for the rights of the vulnerable in the society. These vulnerable people are the old women who are accused of being witches and chased out of the community.”

He also added that the camps have been closed down since it is not right to camp people on claims of witchcraft.

CHRAJ boss further mentioned that opinion leaders, politicians among others have been conscientised to understand that the practice is inhuman, to hold captive elderly women in a camp branding them as witches.

He noted that issues of such nature come up due to beliefs and cultural practices of the residents in the Northern part of the country.

“The elderly women are back into the community. Nothing happened to them. There are other camps which are still in existence that means we have work to do.”

Mr. Whittal also mentioned that beyond the rights of the vulnerable women that are being abused, the Commission is strongly against the torture of people by the Police and Military men.

He revealed that the Commissioned had to investigate a number of cases against the Military adding that issues involving police brutality is an everyday thing.

“Power has been given to the Military and Police by the State to ensure that the citizenry are protected. It is wrong to use the power of the State against that same citizen. Leadership of the Armed Forces, Police among others must not infringe on the fundamental human rights of individuals,” he added.

Resident Representative at the United Nations Development Programme (UNDP), Silke Hollander noted that human beings are born free and equal, both in rights and in dignity thus the fundamental principle enshrined in the 1948 Universal Declaration of Human Rights.

“Though Human Rights are under threat in many places around the world; it remains the foundation on which development work is built,” she stressed.

She added that the UNDP supports human rights for development to expand choices, protect fundamental rights and freedoms as an end in itself.

Quoting the Former UN High Commissioner for Human Rights, Dr. Navi Pillay, Ms. Hollander emphasised that, “Corruption is an enormous obstacle to the realisation of all human rights – civil, political, social and cultural as well as the right to development”

Chairperson of the National Commission on Civic Education (NCCE), Josephine Nkrumah urged Ghanaians to come out in their numbers and partake in the upcoming district assembly elections.

“I am urging to all to come out and vote. We no longer have the referendum coming up but it is our right to vote for Assembly men/women and the Unit Committee Members so they can see to the development of the constituency.”

The NCCE Chairperson noted that the District Assembly is the heart of development of the country adding that it is important to elect competent people who can deliver.

She added that there will be lots of security personnel who will be deployed to various centre to ensure that law and other is maintained.

Speaking on Corruption, the NCCE Chairperson noted that it is an endless fight.

“It is a fight which must be sustained although people think we are losing the fight. The youth have a role at ensuring this is done. The youth must stand up,” she emphasised.

Manual on COVID-19 vaccination being developed for public se...
3 hours ago