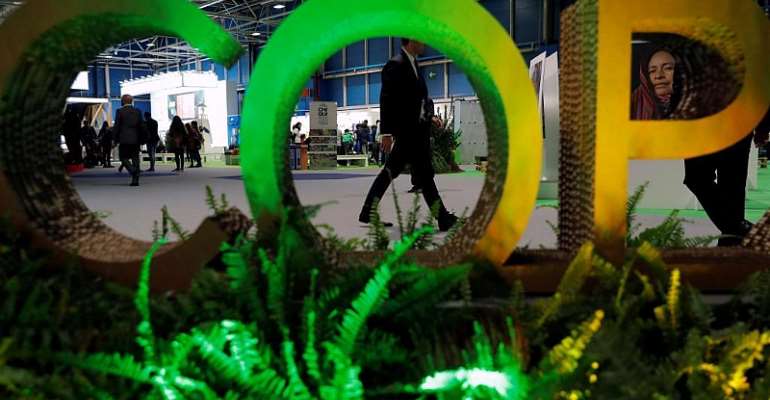 With weeks to go before the world falls under a new climate regime, on 1 January, 2020, ensuring green solutions are properly funded is a major challenge for negotiators at the UN Cop25 conference in Madrid.

“Loss and damage” has been a particular sticking point amid attempts to bring richer countries around to the idea of paying for climate impacts in other parts of the world that are unable to cope.

Add to that deadlock over the thorny subject of carbon market rules – an idea designed to make it cheaper for countries to decarbonise their economies – and it's fair to assume the Paris Agreement will be getting off to a slow start.

As these hurdles grab headlines with the Madrid Cop in its final days, finance ministers from 51 countries have stepped into the Cop arena and unveiled plans to incorporate climate solutions into their mainstream economic policies.

Bringing a message of global unity and collaboration on carbon pricing, the ministers – who control around 30 percent of the world's GDP – have launched measures they say will accelerate their countries' transition to a low-carbon economy.

“This is a necessary change in the architecture of climate change finance … to be successful, you will need to go through the finance ministries,” says World Bank managing director Axel van Trotsenburg, who joined finance ministers in launching the so-called Santiago Action Plan.

As the world turns the page on the hottest decade in human history, van Trotsenburg is urging countries and international organisations who committed to financing climate efforts to make good on their promises.

“They have to step up to the plate and implement their commitments – and certainly, in this respect, the World Bank has been a leader,” he said.