We’re Open For Talks On Biometric Register – EC To NDC, Others 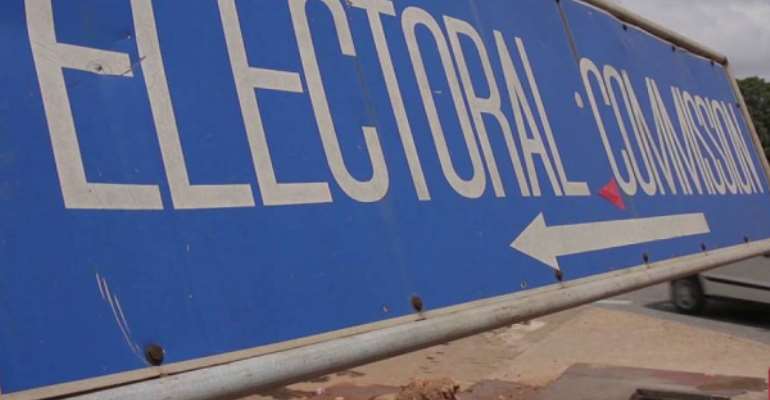 The Electoral Commission (EC) says the National Democratic Congress and the four other political parties who walked out of a scheduled meeting to discuss the procurement of a new biometric register are still welcome to engage the Commission on any issue they want addressed.

The NDC, the People's National Congress (PNC) together with three other political parties, walked out of a meeting with the Electoral Commission on Tuesday.

According to the NDC, the EC deceived them into the meeting only for them to realise that they were there to witness the demonstration of a software for a new biometric register, which they are opposed to.

But speaking on Eyewitness News on Tuesday, the Acting Director of Public Affairs at the Electoral Commission, Sylvia Annor said the parties should be able to approach the EC and engage them on their views.

“The Electoral Commission believes in dialogue. The EC believes that the acquisition of a new biometric system will enable the EC to deliver free, fair and transparent elections. Moreover, the Electoral Commission operates an open-door policy and that should any political party have issues on any of our projects, they will be able to come forward and dialogue with the Commission,” she stated.

She also explained that the Commission only wants to conduct better elections with the introduction of the new system, and not that they have no use for the Inter-Party Advisory Committee.

“The Inter-Party Advisory Committee is supposed to be an advisory body. That is not to say that the EC does not recognize the IPAC. But the fact remains that when the EC perceives that there is a process that can assist the electoral process and bring more transparency and integrity in the electoral system, we will take it up.”

The National Democratic Party has on countless times disagreed with the introduction of the new biometric system.

It is for this reason that its officers walked out of the meeting with the Electoral Commission on Tuesday.

Explaining why they left the meeting, the Director of Elections for the NDC, Elvis Afriyie Ankrah claimed that the parties had not discussed the issue exhaustively enough and had made the concerns known in previous IPAC meetings.

He recalled an invitation for emergency IPAC meeting on November 25 where the issue of a new register came up though it was not on the meeting agenda.

The parties were asked to bring experts to discuss the procurement for the new register at another emergency meeting on December 2.

The NDC again raised concerns with it but still participated in the discussion, Mr. Afriyie Ankrah narrated.

“Our IT people together with other political parties raised counterfactuals and proved to them that there was no need for a new biometric register and we stated cogent reasons.”