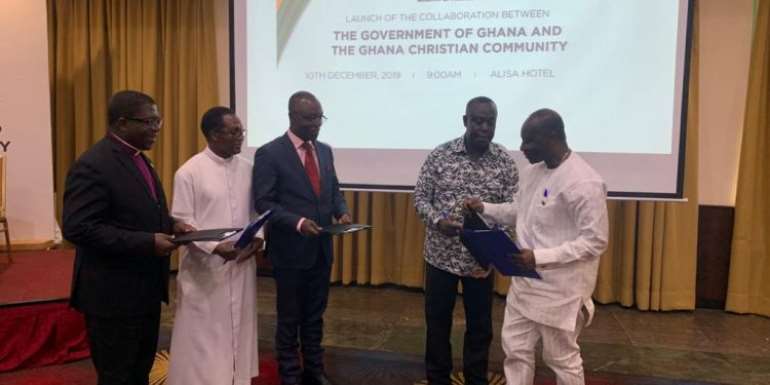 The Minister of Finance, Ken Ofori-Atta, says government is working with some Christian organizations to draft a Charities Bill to tackle the issue of whether faith-based organisations should be taxed or not.

“What we are really going to work with them on is to have a sub-committee that will develop a Charities Bill which we will all to come to an accommodation of how best the church can participate in that.”

“I think the issue is really a lack of clarity, and there is a difference between businesses that the churches do, and really if you work for any organization you have to pay PAYE, Social Security, taxes…So, that will be clarified in the Charities Bill come 2020,” Mr. Ofori-Atta said.

The government's continuous revenue shortfall has led to calls for the widening of the tax net with some calling on a special tax to slapped on certain income generated by faith-based organizations.

The Finance Minister, however, argues that there is the need to have clarity over what activities churches can engage in – and the Charities Bill should provide clarity in that regard. Leveraging church network

Mr. Ofori-Atta, who was speaking at the signing ceremony of an MoU between government and some Christian organizations stated that the government will leverage the vast branch network of churches to push through tax education.

Ghana's current tax to GDP ratio is about 12.9 percent which is less than the regional average of about 18 percent, and the Finance Minister is hopeful that mass tax education could increase compliance.

There are currently more than 30, 000 branch network of churches; and Mr. Ofori-Atta says government's successful use of these institutions could potentially reach about 70 percent of the country's population.

The Christian organizations that signed the MoU include the Ghana Catholic Bishops Conference, Christian Council of Ghana, and the Ghana Pentecostal and Charismatic Council.