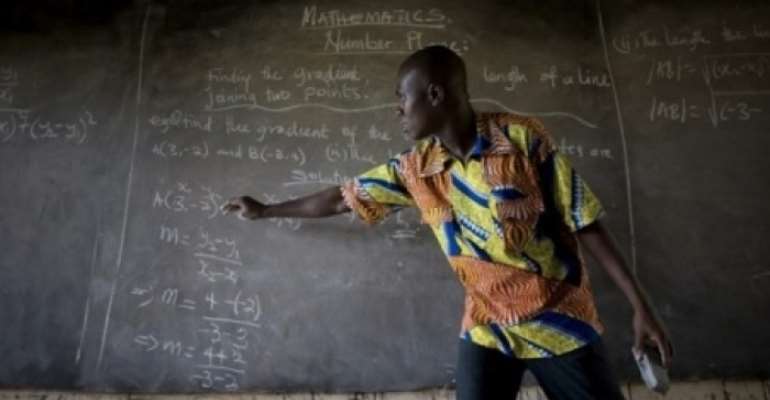 Strike actions are no news in this country since they do occur oftentimes. Though it is not something new, its declaration comes with many consequences.

The latest in the news is the recent teacher union strike declared by three teacher unions: GNAT, NAGRAT and CCT, claiming among other things that whooping sums of money are in arrears for some 30,000 teachers. A phenomenon they described as legacy arrears spanning 2012 - 2016.

Many teachers have embraced the declaration with the reason that the government had played con with teachers for long. The unions have taken an entrenched position, saying the only way to get them back to work is immediate payment of these locked up monies belonging to teachers who worked on an empty stomach.

Perhaps, every well-meaning person will sympathize with our colleagues in the teaching fraternity because some unfairness had played out in the whole process.

What is intrigued about the whole situation is the fact that the unions are refusing to accept the terms government is trying to table before them. They blame the government for bad faith in the whole process and had been reported to have walked out from a meeting with the labour ministry.

It will interest you to know that these legacy arrears were initiated in the previous administration when the infamous three months pay policy took the center stage in the public sector employment.

From 2012 - 2016, all employment done under the previous administration attracted only three months pay leaving the rest awaiting validation before payment. Now, the twist and turn of the whole matter is that, the NDC is reaping political capital from the seed that they sowed sometimes back blaming the current government of disrespecting the teaching profession.

Their posture had even forced the minister of education to accuse them of same. Well, this is how politicians want things to be, so that they can reap their usual political capital from it. Both the NPP and NDC are reapers of no harvest of theirs and claim they have teachers at heart.

Many questions had ran through the minds of the ordinary man, why a strike action will be declared at such a time. Some think it's inappropriate since the numbers involved or affected are far less than those who are not affected. Besides, the unions had had the opportunity to meet with the various stakeholders on three occasions and could have communicated the outcome of these meetings to their members to follow the trend.

Some have asked why the unions waited till 2019 before coming to declare a strike on a certain legacy arrears. It sounds somewhat incongruous in the sense that the timing for the declaration throws many shades of doubt on the minds of independent thinkers.

Well, though majority of basic school teachers are busily relaxing themselves in the house, sections of them think the unions could have done better knowing very well they have term exams to write. This is pointing to a clear disruption of the academic calendar which many facilitators know it's not in the good interest of their job.

Besides, most senior high school form three students are writing a semester mock exams and some heads in the interest of the kids have asked their teachers to stay in school because they cannot afford to disrupt the academic calendar.

Personally, I think this strike, from all indications, has other hidden tenets that only those who declared it can tell. *To the interest of a political party or to the disadvantage of the pupils and students or to the course of the right of teachers.*

So we asked, what will the teachers do to augment academic work after the monies are paid? Are we going to blame the government for inefficiency or punish the teachers for their impatience in the whole matter or accept the poor academic performance of school children as an artificial tendency?

Indeed politics might have invincible hands in all these things through legitimate demand is a right of these teachers.

I will leave the rest to my readers to decide. God bless our homeland Ghana.