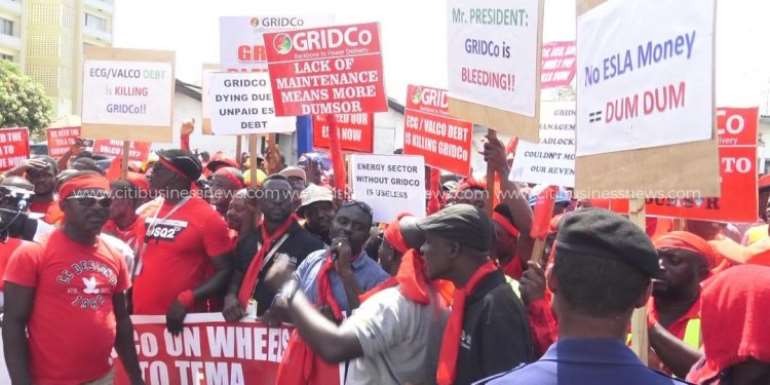 The staff of the Ghana Grid Company (GRIDCo) have announced that they will go ahead with the sit-down strike they threatened, beginning Wednesday, December 11.

The GRIDCo staff have said they are resorting to the strike “following non-response by GRIDCO Management and the institutions petitioned.”

The staff had originally threatened to strike on December 4.

The sit-down strike is expected to be followed by a picket at the GRIDCo Head Office at later date.

On November 21, the Senior Staff and the Divisional Union of GRIDCo withdrew emergency services over the debt concerns.