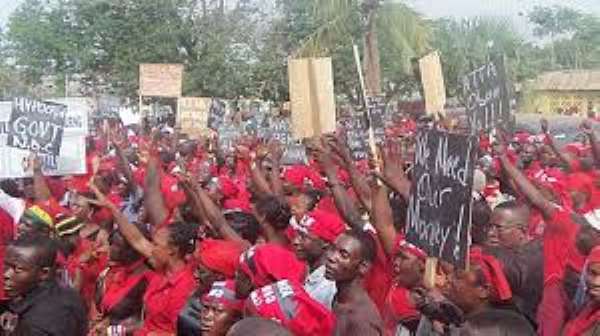 The Health Services Workers Union in the Western North and Western Regions have vowed to join their leadership on an industrial action soon if government reneges on its obligation to address their salary distortions and discrimination against clinicians and non-clinicians amongst other concerns.

According to them, government has delayed in addressing their concerns, thus they cannot wait any longer.

Speaking to Citi News at the Effia-Nkwanta Regional Hospital in Sekondi, the Regional Industrial Officer of the Association, Jerry Detse Mensah-Pah, said their concerns, which include issues of disregard for collective agreements, have persisted since 2012 despite several meetings with the Fair Wages and the National Labour Commissions.

“We are saying to government that, issues of market premium, implementation of our collective agreement, salary distortion, incremental notches, the discrimination, the classification of the clinicians is too much,” he said”

“We are saying to government that if these are not addressed, we are going to back our leadership with whatever industrial action they are on. We are very ready because to us the discrimination since 2012 is one too many. We have gone to the National Labour Commission, Fair Wages Commission, Employment Ministry but to no avail. If nothing is done about our concerns, we shall advise ourselves,” he added.

The Effia-Nkwanta Hospital Branch Chairman of the Health Services Union, Bright Ameyaw also stated their readiness to support any national action if the concerns are not addressed.

The Nana Akufo-Addo led government has witnessed a lot of strikes by various worker unions in the country.