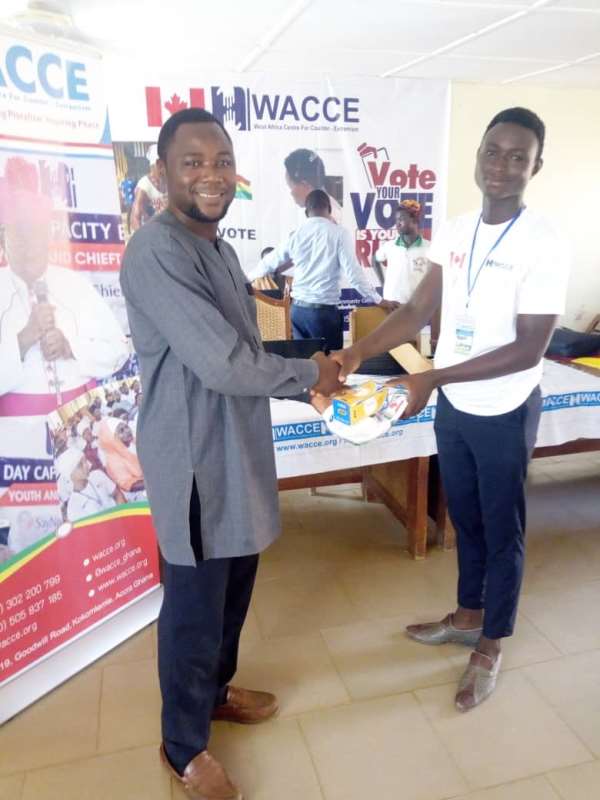 Mr Mutaru Mumuni, the Executive Director of the West Africa Centre for Counter Extremism (WACCE) has stressed on the constitutional rights of all qualified citizens to freely participate in the country's electoral process.

He said it was an obligation on all citizens to support the rights of others to exercise their voting rights at elections, adding, "let us all support the inclusive and peaceful participation of all in our electoral processes."

Mr Mumuni was speaking at two separate sensitisation workshops on inclusive and peaceful electoral participation in the North East and Northern regions organised by WACCE.

The two-day sensitisation workshops each in Saboba and Chereponi which attracted over 200 participants were aimed at ensuring inclusive and peaceful electoral participation in vulnerable areas in the regions.

The workshops which is supported by the Canada Fund for Local Initiatives (CFLI) of the Canadian High Commission are also expected to be held in in Bole and Yendi before December 20, 2019.

The most targeted were the aged, women, youth, minority groups and Persons with Disabilities (PWDs) who are often excluded from participating in the electoral process through various factors including intimidation, and absence of support facilities for them.

He said, recognising the security challenges of the area, the fears of reigniting of conflicts could make many stay away from elections.

Mr Mumuni said the areas were engulfed in a destructive ethnic conflict that had caused significant loss of property and lives.