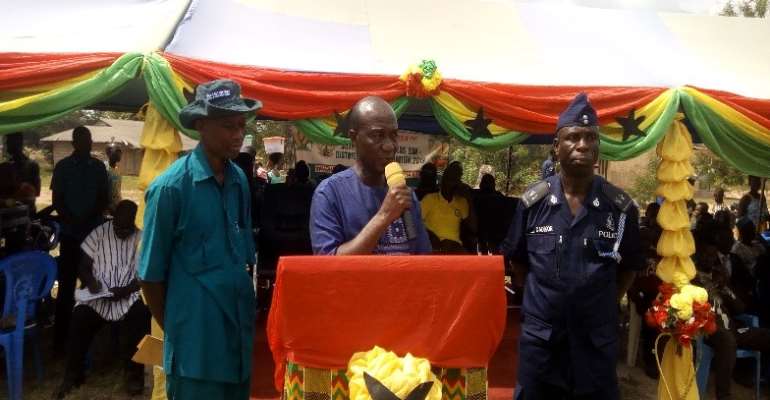 A total of nineteen farmers have been awarded at a colorful ceremony during this year’s Kwahu Afram Plains North District Farmers Day at Donkorkrom in the Eastern Region.

The event, under the theme “Enhancing Small Scale Agriculture towards Agribusiness Development” sort to appreciate farmers for their distinguish service and also implore on the farmers to move from the use of basic farming implements and methodologies such as hoes and cutlasses and reliance on the rainfall patterns to the application of modern technology for improved and increased yields. 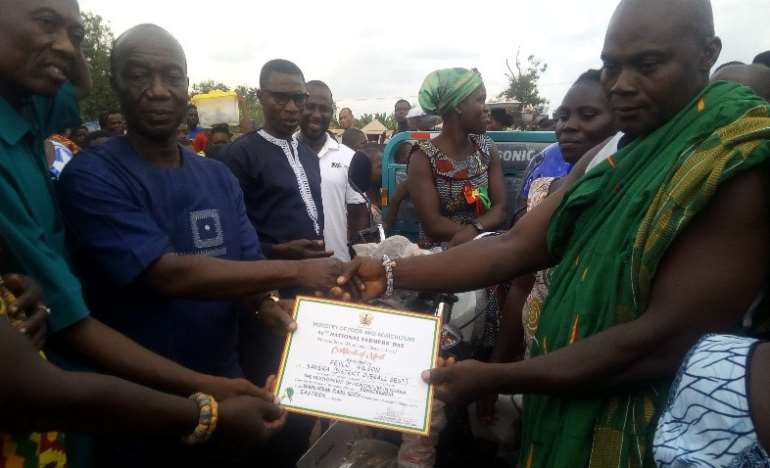 Addressing the people at Donkorkrom, the District Chief Executive for Kwahu Afram Plains North, Mr Samuel Kena said the objective of government was to introduce numerous agricultural initiatives that will bear fruit for not only the farmers but the nation as a whole. He said it was as result of this that the Government is aggressively and deliberately promoting flagship agricultural initiatives like ‘Planting for food and jobs’ ‘Planting for Export and Development’ and ‘One District, one warehouse’ as well as provision of agricultural machinery and accessories etc.

Mr Kena said the Assembly in collaboration with the Department of Agriculture has freely supplied 200,000. Cashew seedlings to farmers. He said the District shall equally benefit from a Ten-Thousand capacity warehouse currently under construction to accommodate produce from the Government Flagship Programs such as ‘Planting for Food and Jobs’ and Planting for Export and Rural Development (PERD). He said the Assembly also took delivery of Agricultural equipment and accessories including tractors, irrigation facilities, maize shellers and planters.

The DCE further said that the coming into operation of the Ghana Commodities Exchange (GCE) concept in the Afram Plains will add to market expansion opportunities for cereal and legume farmers especially maize, rice, soya beans and cashew farmers who register on their platforms.

Mr. Fevlo Wilson, won this year’s award and took home a tricycle and assorted prizes. Mr. Wilson, 43, has 22acres of maize, 2acres of pepper, 16 acres of cassava, 5 acres of cashew and 2acres of cowpea. Cattle 110, goats 47 and local fowls 76. He thanked the Assembly for the gesture and assured to modernize his farming methods and implore on the others to do same.