Landlord Only Wanted To Rent "To Germans": Now He Gets A Hefty Punishment To Pay 1000 Euro Compensation To A Prostective African Tenant For Discrimination 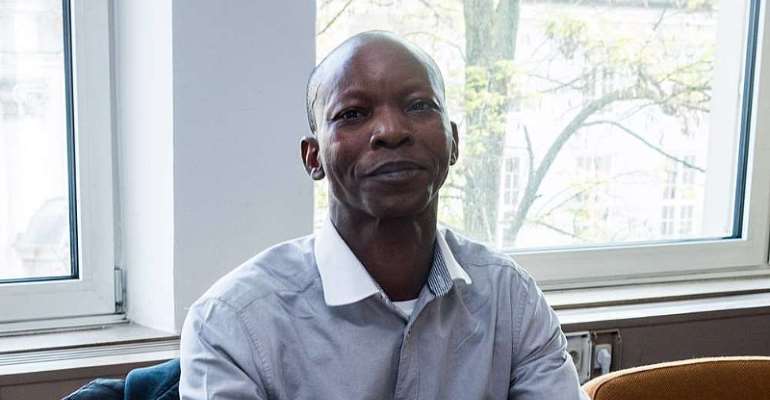 Because Of Discrimination Landlord Has To Pay 1000 Euro Compensation To A Prospective Tenant From Africa.

Augsburg in Germany - In his apartment advertisement, a landlord (81) from Augsburg made it clear that he no longer wanted foreigners in his house. This brought him to court. Now the condominium owner must pay 1000 euro compensation because of discrimination to a prospective African tenant from Burkina Faso.

The district court in the German City, Augsburg decided on Tuesday in addition that the landlord may not give up again an advertisement with a formulation, according to which he rents only to Germans, otherwise the owner is threatened with another higher fine.

The court granted thereby the complaint of the prospective customer originating from Burkina Faso completely. "This open disadvantage of foreigners is simply not acceptable", said judge Andreas Roth.

Hamado Dipama was looking for an apartment in Augsburg. A landlord rejected him because he only rented "to Germans". Thereupon, Dipama sued him.

Update from December 10, 2019: Because of discrimination against an interested party from Africa, an apartment rental company from Augsburg in Bavaria has to pay this 1000 Euro compensation. According to the city's local court, this was decided on Tuesday. The landlord therefore placed an advertisement in a newspaper according to which he only wanted to rent to "Germans". The applicant's phone calls were unsuccessful, although the apartment was still available.

The applicant, who lives in Munich and comes from Burkina Faso, therefore sued in civil proceedings for a violation of the Equal Treatment Act. The local court ruled in his favor. It was not permissible to exclude all "non-Germans" from a possible contractual relationship. The landlord had discriminated against the interested party on the basis of his race or ethnic origin and therefore had to pay damages.

Because of a possible risk of repetition, the court also condemned the landlord to refrain from such approaches in the future. Should the landlord violate this, he is threatened with a fine or even arrest. However, the judgment in this case is not yet final, appeals against it are possible.

Landlord only wants to rent "to Germans" - "That was very small at the bottom of his publication". The First notification was dated 15 October 2019.

Germany, Augsburg/Munich - The conversation ended quickly when Hamado Dipama called a landlord in Augsburg in April because he was interested in his apartment, he hung up after a short time. Dipama is sure of the reason: "He didn't want any foreigners in the apartment." That's why the 45-year-old has now filed a lawsuit.

Dipama originally comes from Burkina Faso and came to Munich in 2002. He is involved in the Foreigners Advisory Council of the City of Munich and in the Bavarian Refugee Council. The fight against racism is of great concern to him. In 2013, he conducted tests on Munich club doors - and found that it is harder for dark-skinned people to be allowed in. Even then, he went to court. He won twice, lost once and had a settlement three times. "There is discrimination at all levels," reports Dipama. "At work, in public space, in leisure time and on the housing market."

For the one-room apartment in Augsburg, the landlord had published an advertisement on the Internet in April. There was a note that the apartment was to be rented "to Germans". "That was very small at the bottom," reports Dipama. "At first I had even overlooked it. Because he was planning to move to Augsburg for professional reasons, he contacted me. The landlord would have immediately asked whether he was a foreigner, Dipama describes. "I was perplexed.

German friend of Dipama calls landlord and gets inspection appointment

After the landlord broke off the conversation, acquaintances of Dipama started a new attempt. First, a friend with a German name would have called the landlord, Dipama says. "He said that he was glad that she was German," Dipama reports, "and that he did not want any foreign tenants. When his girlfriend argued against this generalization, she also got a rejection. A German acquaintance had experienced a similar situation after he had mentioned that he worked in the field of refugee aid. Another acquaintance had no migration background and no job in the field. "He was the only one to be given a viewing appointment," says Dipama. Meanwhile, the Bavarian Farmers' Union reacted shocked to an advertising spot.

He demands before the district court Augsburg that the landlord must omit such formulations in the future as well as a compensation at a value of 1000 euro. "Our goal is to show that discrimination on the rental market is not possible," says Dipama's lawyer Ugur Kör. In his experience, citizens with a migration background often have to struggle with "hidden discrimination". Most landlords would not tell why they reject applicants. It is very rare for someone to openly say that they do not want to rent their apartment to foreigners.

However, the Landlord does not want to admit to having committed a legal error.

The landlord explained before the court that he already had bad experiences with a criminal foreigner in the past and that is why he had written the advertisement this way. Even, the son of the Landlord admitted, his father's wording in the advertisement was out of place at this time and age.