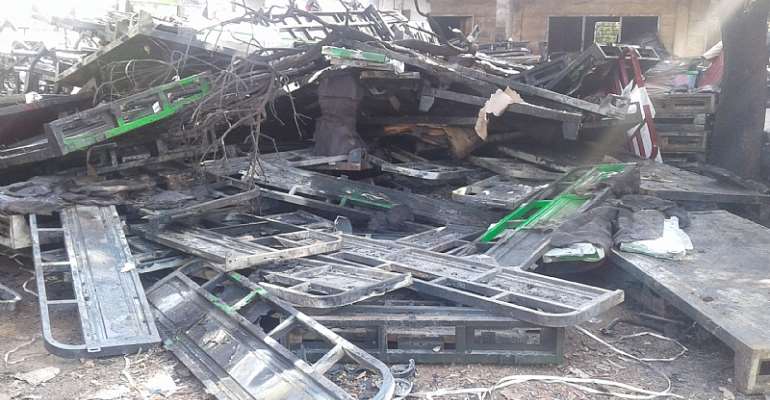 Tricycles, numbering about 60, belonging to the Northern Development Authority (NDA) have been burnt to ashes at the Public Works Department (PWD) in Wa, Upper West Region.

Mr Fobi Okyere Collins, the Acting Upper West Regional Engineer at the PWD said the NDA brought them to be kept at the PWD about a month ago.

He explained that the fire extended into the building from a nearby burning bush and caused the destruction.

He added that the timely intervention of the Ghana National Fire Service saved the situation from exacerbating.

Meanwhile, the Upper West Regional officer of the NDA refused to talk to the media on the issue when she was contacted.