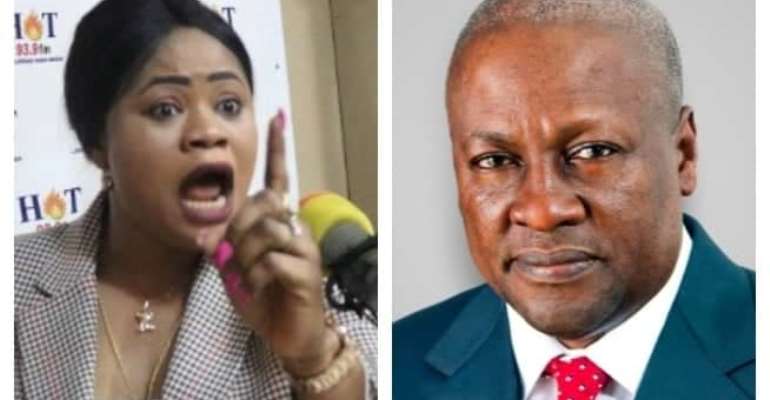 Since the establishment of the National Democratic Congress(NDC) as the ruling party ahead of elections in 1992, the party’s landscape has seen a massive uplift not just in terms of the varied policies and standpoints, but also the inclusion of strong-minded and immaculate female politicians.

Some of the numerous female politicians in the NDC calling the shots in the country’s political terrain and also worked under the Mahama led-administration include Elizabeth Ofosu-Agyare, Dzifa Aku Ativor, Nana Oye Lithur, Helen Ntoso, and Jane Naana Opoku Agyemang.

But, speaking as a panelist on socio-political show ‘Dwene Ho Bio” hosted by Kwabena Owusu on Accra-based Hot 93.9FM, the Deputy National Communications Director of the NPP, Jennifer Queen alleged that former President John Dramani Mahama told her she is more beautiful and competent than the women he appointed:

“Let’s be truthful, if I were in the NDC, I would have been the deputy Minister whiles in Opposition because I am very beautiful than most of their women, I am very sensible, Competent and hardworking; Yes, Mahama told me when he met me ”.She said

“He knows I'm very beautiful, competent and when it comes to commitment to work for Ghana, Party and for God, I can work better than most of the women he gave appointments”.She added