Laziness, Apathy And Disinterest, A Larger Threat To Ghana’s Development Than Corruption 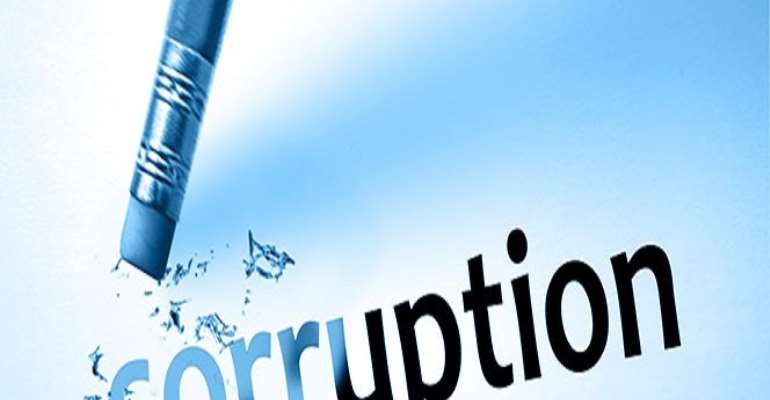 I know you can't always generalize.

But sometimes it's needed to shake up people.

I became a Ghanaian citizen because Ghana is the country where I feel at home, where I want live and where I want to contribute to.

But developments I have seen in recent years will not now or in the future help Ghana to develop and become a first world country and that's bad because I think we have the potential and the man/women power to do so.

About 10 years ago I saw the worst advert on TV I have ever seen, maybe some people remember the Vodafone advert “easy money”. In two words this adverts catches the mentality of a lot of Ghanaians.

I have written about Ghana's work mentality before and until today that remained my most read article on linkedin with over 15,000 people reading it, hundreds of people agreeing and 2 or 3 people disagreeing only.

I was approached by many people and several government representatives and was afraid I went too far this time, but all agreed. I was very pleased when our President Nana Akuafo-Addo used almost the same words in his inauguration speech.

Let me not start by others but close by home: I have 2 sisters in law I their fifties who never worked in their lives. I have 1 brother in law who used to work hard in Holland but who haven't worked for the last 8 years in Ghana.

How do they afford to eat and take care of themselves? By hustling in their area, visiting friends who all have the same lifestyle, finding out who hit the “jackpot” this week and then living on that person until its time to hop to the next “victim”.

I live in Aburi and there is a whole generation of young kids sleeping the whole morning, waking up just before noon, trying to find food from friends, grandmothers, auntie's and uncles sleeping in the afternoon and coming alive as soon as it gets dark to hang around in town and drinking spots in their “ottofista” feeling big. Money for beer is rare so they throw tots of spirits into themselves smokes wee and have fun. We once employed one of these boys at the age of 17 but he couldn't stand the “pressure” of waking up by 7 every day. Just before my wife sacked him he asked my wife: So are we just born to eat drink sleep and die? My wife answered him: Yes some people make that choice, so when you have a job you make sure you can change that”. Unfortunately it was too late for him.

I can't blame him because he is actually a second generation “Street bum” his mother in her thirties has 6 children of different “husbands” and the same behavior as her son, wakes up late, eats with her mother who is, as good as she can taking care of her grand children.

But after 6 she is dressed up roaming about in town with her friends, who are just like her living on any man who offers them a drink, killiwille or khebab at the price of spending a few hours with her later on.

Another lazy attitude is when your parents are somebody, a shop or company owner or your father or mother is a “big” person.

How can you after your studies paid by mom and dad take a simple job? Many of these kids look down on hard working youth of their own age group and refuse to work or starts a career because it's too low for their self proclaimed status end up just as useless as the kids I referred to previously.

But when there is a party or festival in town they all come alive, dressing up and have money to spend (or spend someone's money).

Another fashion these “streetbums” have is taking selfies in one of the malls, you can't afford to buy anything but pretend you travelled or can afford to shop there.

Further away from home (Aburi) I pass Adenta and Madina a few times a week.

Do you remember how people were blocking the roads because of people being hit by cars because of lack of safe crossings and pedestrian overheads?

Now almost all overheads are ready and you know what I see?

Almost the same number of people climbing concrete barriers, fences and guardrails for just one reason: Being too lazy to climb the (safe) overhead.

Trotro's stopping everywhere, not respecting any designated bus stop because their customers are expecting them to stop anywhere.

A Trotro is not a taxi !

I once took the bus STC from Madina to the Aburi barrier and the driver of our official state bus company also stopped at every corner the customer asked him to stop. I got so annoyed that I went forward and asked him if I stepped in a Trotro by mistake because of his stopping behavior. The driver answered me: “I have stops but the passengers complain if I don't stop for them”.

At moments like that I honestly wish every Ghanaian could travel to Europe for some time and see where busses stop. Sunshine or bad weather, rain, snow and ice you walk to the bus stop.

And if you are on your way to the bus stop, the bus won't stop for you if you waive your arm.

My wife, and I have workers, mine are working in my guesthouse and my wife's are construction workers. Not really comparable jobs but they have several things in common.

Which I call typical ways of lazy people: Starting with the easy jobs first. Constantly pushing hard or difficult task ahead hoping someone else will finish them for you. Working slower (or not at all) when supervision is less or absent.

We just came back from some medical care I needed and had been absent from Ghana for 5 weeks.

All our employees, at home, at my consulate and my guesthouse and my wife's job had showed the same behavior: when we were gone they took a holiday.

Our “houseboy” managed to do more in the 5 days when where back than in the 5 weeks we were gone.

The guesthouse was not clean enough, the consulate grass was not even trimmed and the construction workers must have been sleeping for at least half the time we were gone.

Only one young boy: Michael did has job exactly the way we told him and he finished before we returned. My wife took some presents for all of them but was so hurt that only Michael received his present.

I see complete healthy and girls pushing wheel chairs of invalid people in the burning sun. Why can't they work and provide for them? Just because they collect more money, in a much easier way than by working.

I see people coming from Niger, Chad and other countries sitting on the roadside drinking tea and pushing their children to beg.

Ghanaians are now following their examples just because of laziness and as I started with in this article: “easy money” mentality.

Nowadays our youth is proud of becoming rich overnight, becoming rich through 419 or any other means as long as you become rich. But is that a mentality to build a nation?

Kwame Nkrumah and other founders of Ghana never envisioned building Ghana over laziness and easy ways out.

All is not lost, but all well meaning Ghanaians should start talking to our youth and other people constantly choosing the easiest way out and explain to them that not participating in your own life is like waking up and expecting someone else to feed you.

We need to stop giving beggars money because it has become an encouragement for others to tart begging.

We need to stop feeding our children, grandchildren and relatives and friends because it will never motivate them to do a job.

At least tell them, clean my garden, repair my roof, do my shopping etc. until they understand nothing comes for nothing.

Make sure having a job earns more respect than being a street bum.

If we don't do this I foresee big problems for Ghana in the future, especially because we haven't been able to stop our fast population growth.