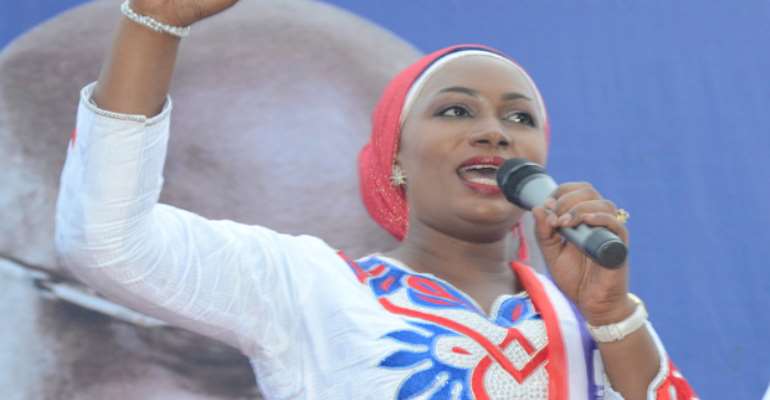 The youth wing of the New Patriotic Party (NPP) held its National Youth Conference in Tamale in the Northern Region over the weekend where the party’s hierarchy pledged to empower, re-energise, re-position and re-equip the youth to help realise victory in 2020.

The conference, which was to create stronger resolutions to involve the youth in the party’s quest for victory in the 2020 election, was on the theme: “One Good Term Deserves Another”.

Speakers gave thumbs up to the Youth Wing for their unflinching role in the 2016 campaign, which resulted in victory for the party.

The wife of the Vice-President, Mrs Samira Bawumia, commended the youth wing and party loyalists for their enormous contributions towards the 2016 victory and urged them to work in peace and unity to achieve same in 2020.

She said the government had worked within three years to restore hope in the Ghanaian youth and was creating a thriving environment for their development and placing them in the development agenda.

Those efforts, she said, could be seen in the introduction of the Nation Builders' Corps, restoration of the Teacher and Nursing Training allowances, the One-District One-Factory, Free Senior High School, the Planting for Food and Jobs programmes among others.

The Chairman of the NPP, Mr Freddy Blay, urged the youth to be determined in organising and educating the grassroots on the good policies of the government for them to learn and play active parts in the country's socio-economic development.

The National Organiser of the NPP, Mr Samuel Awuku, appealed to the youth organisers of the party to work hard in projecting the good works of the government to give Ghanaians confidence to vote for the party in 2020.

For his part, the National Youth Organiser, Mr Henry Nana Boakye, noted that the youth must be empowered and re-energised to ensure victory for 2020.

He said the Youth Wing was putting in place the “Orphan Constituency programme,” and “The Youth Must Know campaign” among other things, to canvass for support.

The Chief Executive Officer of the National Youth Authority, Mr Sylvester Matthew Tetteh, pledged his support to the youth organisers and their teams to make their work successful.