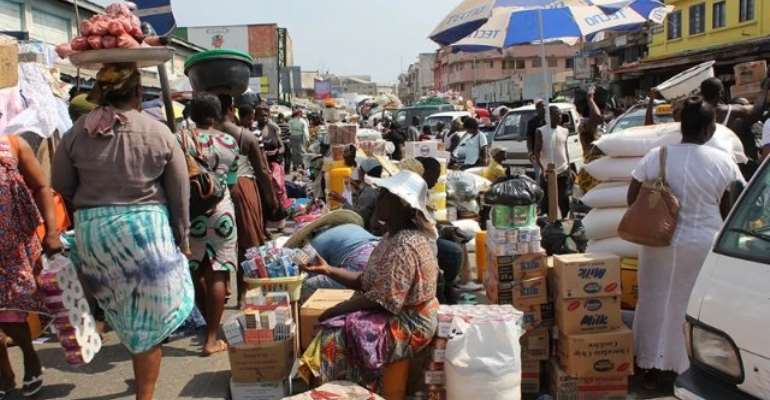 Not a day goes by without one seeing fresh evidence of why technology is changing everything in the world. Everything that was once new is now old because of technology.

Shadowy operatives can take control of the world’s most powerful democracy USA using strange tools on social media and nuclear facilities can be taken down by something called a computer virus. Money is now being minted by young boys in their pajamas on their laptop and sent through something called “blockchain” that no one above forty years really understand.

Here in Ghana, the government can’t stop talking about “digitization”. Tiny planes called “drones” are being piloted from some remote area in Eastern Region to drop blood in village clinics. Unseen GPS satellites flying high in the sky are being used to mark our streets with addresses so that Raheem from Nima can travel to Maamobi to find his koko seller. The government says soon blockchain and not Chiefs and landguards with fierce weapons, will decide who owns what piece of land.

These changes are happening very rapidly and sometimes it is not always clear what is really driving them and how things will end up eventually. And few people understand enough to make plans to take advantage of the changes and avoid harm to many interests.

That is where Bright Simons comes into the picture. He is known in Ghana mostly as a policy analyst with the IMANI think tank, which has carved out a name for itself as one of the most influential and listened to organisations in Ghana, especially when it comes to scrutinising the government and its policies. But Bright Simons is also a technology thinker (he invented mPedigree the world's first SMS anti-counterfeiting technology) who has been on the Advisory Council of Microsoft Africa and recognised by Fortune Magazine as one of the 50 greatest global leaders. Recently when Quartz Magazine (qz.com) did a special report on how the world will be like in 50 years, Bright was one of the innovative experts they invited to help explain.

In recent times, he has been part of a small group at the Center for Global Development in Washington DC looking at Technology and how it affects the comparative advantages and development prospects of organisations and countries globally. He has written a number of papers for CGD but it is his latest paper that tries to answer the question of how technology itself is changing and how its changes affect business and economics.

The paper can be found and downloaded here: https://www.cgdev.org/publication/farewell-disruption-post-platform-world.

Bright’s main argument is that it has become hard for small companies and developing countries in Ghana to use specific technology strategies to displace bigger and more powerful rivals since a technology is only useful and effective when it plugs into many other technologies owned and managed by other organisations.

He also says that technologies are mixed up with operations as a whole so it is actually “operational models” that are being linked up for production and becoming more complex and hard to manage by the day.

To make any effective change to these complex webs of products and services, many other players have to be making simultaneous changes that work with and favour the change you want as an innovator. Unfortunately, this can become so expensive and difficult making many startups too weak to cause “disruption”. If a startup cannot cause disruption then it must find a way to achieve "alignment" with other players without losing its own direction and without spending too much resources trying to navigate the system. He calls this “hyperintegration”.

He also argues that when organisations that are very dissimilar find a way to work in “alignment” and connect on multiple levels they create more value together but changes become even harder because of the bigger differences in operational models. Again, he questions how small startups who often lack capacity, can cause disruptive changes. Even aligning well in such situations can be very difficult and expensive.

So what? Bright argues that companies must pay a lot of attention to how they build production linkages to other companies since these linkages can be both their main assets and their biggest liabilities.

In the technology industry itself, these linkages are often called APIs but every business now connects to other business to activate their products and services and deliver them to customers so it is not technology APIs alone that matter. How such linkages works have unfortunately not been carefully studied by leaders and innovators.

He uses many examples but the one that may be most familiar to people is the Ghana is the way companies now connect to mobile money platforms to run many services. Or the recent unfortunate Softtribe and Ghana Water debacle.

In these cases the direct linkage between the two firms is how the problem of not just billing but also customer service was being addressed together in their production linkage. But the same opportunity that has made many operations simple also create the most friction. Accusations of fraud and downtime often make it difficult for new companies to really make use of the full power of these linkages and sometimes painful divorces happen.

Because these linkages are not as simple as signing a contract with a transportation company to carry maize from farms in the North to your factory in Tema, if you are a company you need to treat the linkage itself as an asset and manage it like you manage other critical assets in your organisation.

Countries have a big role to play. They can create major “traffic lights” and “interchanges” to make many of these linkages connect with less friction and ensure more productivity. An example is the Ghana Interbank Payment and Settlement Systems Limited. It could have done far more to make small companies connect inexpensively with big companies and even international trading platforms but so far it has not focused on removing friction from linkages.

Small companies still struggle to link up to the systems of NHIS, SSNIT or the Accountant General or any of the large institutions to create services that are trusted by potential partners.

There are people with great business ideas who have been chasing these institutions for many years but can still not link up to save cost.

Some companies want to build solutions such that pensioners can use part of their pension as collateral for benefits but they can’t do so because of the difficulty of creating one on one partnerships with many big institutions. So many examples abound on this point.

Bright’s theory is that understanding these linkages well and building interchanges and "traffic control" to allow more companies and agencies to interact with low friction will reduce the high costs and risks that are preventing startups from growing and limiting the development of Ghana itself.

His analysis is very deep and he touches so many issues. Many of the points he raises are indeed very powerful. But in Ghana here, do our leaders even pay attention to powerful insights from our own thinkers?