Boko Haram Insurgency: Can It Be Stopped? 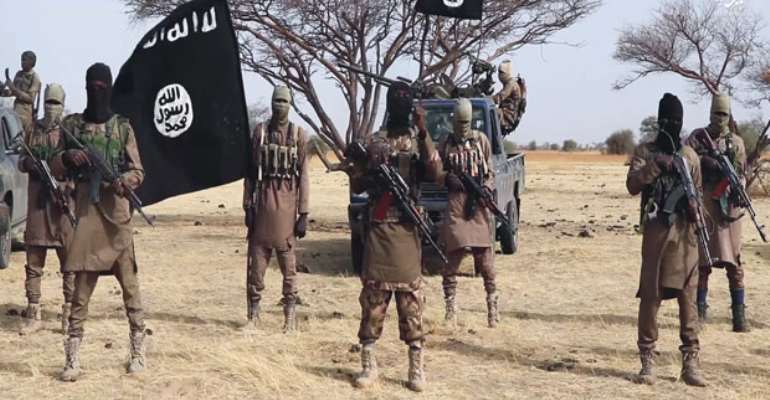 Multiple historical or media accounts have it that Boko Haram insurgents started their barbaric onslaughts on innocent people, predominantly in the northeastern parts of Nigeria, in the early 2000s; but there are some conflicting versions, putting the genesis of the group's heinous activities in latter part of the 1990s. Either time frame, notwithstanding, the general consensus seems to be that Boko Haram is a terrorist gang operating under the pretext of seeking Islamic purity.

As Boko Haram keeps terrorizing people aimlessly, the peace-loving people all over the world appear worried, wondering as to whether or not the Nigerian authorities have any effective—short term/long-term—game plan, rather than the usual run-down approach to help mount uninterrupted counterattacks against the terrorist group. Besides many concerned people within the African continent, the western governments, including their media are expressing disappointment in what they view as the Nigerian policymakers' drab response and to some extent, the African Union (AU) professed inability to team up with the Nigerian security forces efficaciously, to bring the fight to Boko Haram's own turf.

As usual, a considerable number of media outlets in the west have already come up with reasons that tend to explain why Boko Haram's indiscriminate abductions and killings of their own people are going on unabated. For some of us, it is not surprising most of the western media often present oversimplified accounts explaining the seemingly prosaic approach to fighting Boko Haram by the Nigerian government. For many of these terrorist watchers/analysts in the west, the Nigerian security agencies, including law enforcement and the military structure, lack the top-notch intelligence capability and sophistication needed to stage a sustained counteroffensive to help ensure law and order in the Africa’s most populous nation. Far from defending the policymakers in Abuja, a comprehensive analysis of Boko Haram’s ever-growing insurgency over the years, cannot be simply characterized as a result of the country's non-creative or poor security strategies.

For one thing, although Boko Haram’s barbarities are mainly centered in the northeastern regions of Adamawa, Bauchi, Borno, Kaduna, Kano, and Yobe, yet the terrorist organization’s exact command outpost is unknown. These fundamentalists have declared their mortal dislike for western cultures, because they consider them antithetical to Islamic morality. The result is, these murderous insurrectionists have decreed to purge not only the northern Nigeria of all western ways of life by imposing Sharia Law if they succeed, but they also aim at Islamic pure virtue throughout the entire Nigerian society. In English language, Boko Haram is loosely meant “Western education is forbidden.” Clearly, the Boko Haram's sadistic objectives are real and should not be downplayed here.

According to the militants' dogmatic belief system, Nigeria’s political, cultural and socioeconomic predicaments emanate from the failure of the leaders to disengage the western culture in favor of Islamic system of governance. These ideological rigidities by the group have somehow found tractions among many Muslim followers in the northern part of the country. Like countless multiethnic groupings in African continent, the confluence of Nigeria’s sociopolitical waters has complicated network of tributaries whose navigations require more patience, tact, negotiation, and political trade-offs more than military force or armed solutions. Certainly, the central government and its intelligence/security apparatus may appear desolate or incapable of providing creative counterstrikes against Boko Haram’s deadly assaults, but this perception alone fails to harvest the deep-seated seeds of the century-old internal politics of Nigeria.

This is far from saying Nigerian authorities in collaboration with the AU could not have done much better than their often-sluggish approach to a dangerous situation in that part of the continent. What we are saying is that any serious discussion here must take into account an important historical context that serves to motivate Boko Haram’s murderous mission in predominantly northern Nigeria.

On many levels, the politico-cultural history of northern Nigeria shows that the existence of Boko Haram reflects age-old development from the era predating the country’s independence from the Union Jack in the 1960s. Evidently, Boko Haram is taking its playbook from the Sokoto-based Caliphate set up in the early years of the 1800s and lasted for nearly 100 years till the British’s geopolitical annexation of many areas in Africa, including Nigeria.

Sadly, the deadly campaign by Boko Haram for pure Islamic form of government is not a novel idea in Nigeria body politic. The largely Muslim north had always clamored for some type of Islamic government headed by a Caliph. As stated, the Islamic codes were already in place in the northern Nigeria prior to the oil-rich nation’s self-rule. Thus, in exchange for some form of political leverage or semi-autonomous rule, the Caliphate-conscious leaders in the northern Nigeria accepted “The Settlement of 1960” from the new national government. Among others, the 1960 agreement sought to put in place some changes regarding the northern states’ legal and political trajectories so as to water down the cravings and the pursuits of Sharia laws in the north at the time.

Given the Boko Haram’s relentless killings today, it means the Settlement of 1960 was just like a first-aid bandage placed on festering incurable cancer wound; at best, it only serves to provide temporary relief but not a lasting cure. The “Settlement” only helped to postpone seemingly inevitable phenomenon—strong nostalgia and agitation for imposition of caliphate on the northern Nigeria. The northern region of Nigeria’s insatiable appetite for Islamic laws has never disappeared; it was just on hibernation; possibly, owing to the agreement in the past between the Islamic leaders in the north and the federal leaders. It is also instructive to note that many Muslims in the north did not give their wholehearted endorsement of “The Settlement of 1960.”

As hinted earlier, Nigeria is a collection of vastly diverse cultures with competing sectarian interests. More so, top-level official thievery and dysfunctional public services as seen in many other African countries have created pent-up anger and disillusionment among average Nigerians as a whole. Unfortunately, the Boko Haram Islamists are selfishly exploiting and tapping into the northerners’ built-up frustrations and discontents toward the federal government.

Undoubtedly, beneath the surface, Boko Haram extremists have a bunch of sympathizers, including some prominent leaders and bankrollers across the Muslim north. In mid-April 2014, for example, media report indicated that a well-known businessman identified as Babuji Ya’ari was arrested in connection with the planning of the kidnapping of nearly 300 Nigerian school girls from the northern Nigeria (see: AFP News, July 1, 2014). It is fair to say that one of the reasons the Boko Haram zealots have been successful and seem unstoppable in their pernicious attacks is because they have “protectors/backers” in high places spread across the northern states of Nigeria.

Moreover, the ghost of the Nigerian Civil War in the 1960s has been tormenting the country for quite a long time. This means the federal government tries not to overreact, but treads carefully whenever any potentially explosive ethnic issue rears its ugly head, in order to avoid descending into another deadly divisive war. Also important to understand is that it is an open secret among many average Nigerians, especially in the Christian south, what the Boko Haram activists are doing in the north is none of the south’s problem.

For the Christians in the south, as long as the Boko Haram extremists are killing their “own people in the north” and not spreading their mayhems to the south that primarily covers the homelands of Yorubas, Igbos, Delta areas, and the like, then “let them kill themselves,” as some Nigerian friends from the south in the U.S. have always been telling me. Generally, this is the prevailing attitude many Christians in the south embrace. The fact of the matter is if Boko Haram militants try to go beyond the parameters of their terrorist enclaves in the north and come to the south, most likely, the world will wake up to witness another bloody civil war in Nigeria because the Christian south will take the fight to Boko Haram in the north.

Bernard Asubonteng is a US-based writer, and Ph.D. student of public/US foreign policy