House Of Chiefs Building Gets Facelift 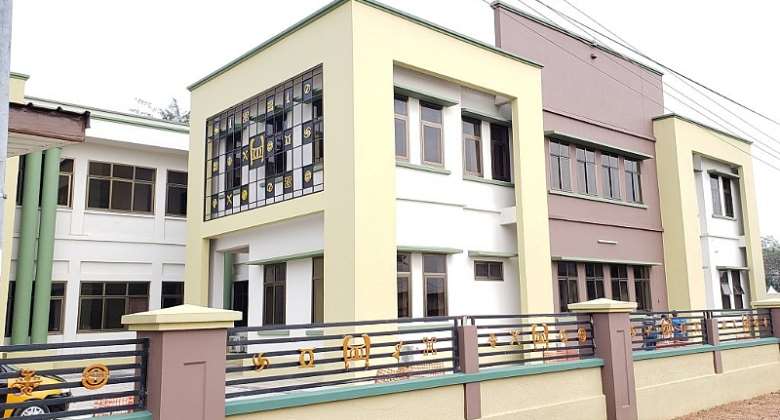 The National House of Chiefs building in Manhyia in Kumasi

The National House of Chiefs building at Manhyia, in Kumasi, has received a massive facelift.

The imposing and historic building serves as the 'Parliament' for traditional leaders in the country.

Members of the house, drawn from all parts of Ghana, periodically hold their meetings in the building.

And correctly, the present leadership of the National House of Chiefs took a decisive action; the building had been transformed, thereby given it the needed facelift.

The contractor that was engaged to work on the building seemed to have a done a yeoman's job, so far.

Construction works had been done on the building, which has now been painted to give it a beautiful look.

Also, the entire car park and the surroundings of the National House of Chiefs have been beautifully paved.

During the paper's visit to the place on Saturday, several people were seen gazing at the architectural work.

Even though DAILY GUIDE could not get access into the building, the outer part looked sublime.