Contentment Is The Mark Of A Leader 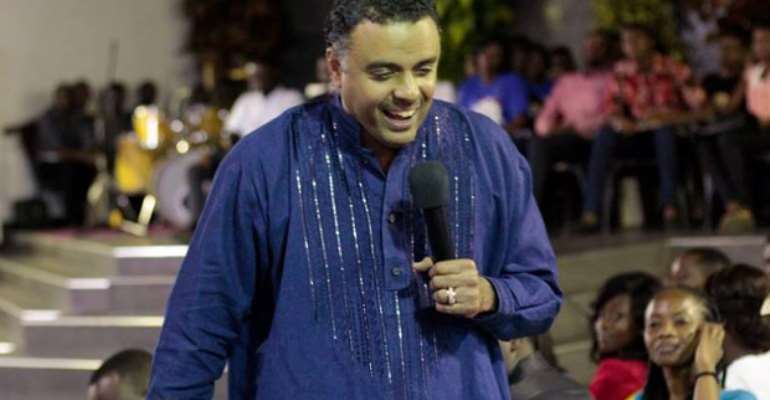 When a leader's influence survives time and space, he is a great leader. Paul, the apostle, was one of such leaders. One of Paul's characteristics was that he was often content with very little. The legacy left by some people leave us in no doubt about the calibre of leaders they were. Today, centuries after he passed on, his writings are still very helpful to mankind and many people are still devoted to his teaching. His teaching has travelled across cultures, time and generations. Leaders are survivors!

Paul had the spirit of contentment. This is a positive trait that every leader needs. He had received a command from the Lord to be content in every circumstance. To be content means to be stable, happy and satisfied with your circumstances. God's command to us is to have a spirit of contentment. Paul revealed that God had instructed him to have the attitude of contentment. Amazingly, many Christians today do not have this great trait. Is it that we are not hearing the voice of God? Are we hearing other voices? Has the spirit of the world taken over?

Not that I speak in respect of want: for I have learned, in whatsoever state I AM, therewith to be CONTENT. I know both how to be abased, and I know how to abound: everywhere and in all things I AM INSTRUCTED both to be full and to be hungry, both to abound and to suffer need. I can do all things through Christ which strengtheneth me.

Jesus taught us in Matthew 10:16 to be “as wise as serpents, and harmless as doves.” This points to the fact that the serpent has some wisdom that we need to know and apply. One of the characteristics of the wisdom of the serpent is that it is content with very little. When I saw a snake in the sands of the desert, I wondered what the snake would eat and how it would be able to survive in the Sahara Desert. Amazingly, the serpent is able to stay in the dry arid Sahara desert as well as in the cold icy snow of the Artic Circle. The first question that comes to mind is 'What food will the snake eat?'

Snakes are masters of contentment because with very little, they are able to live for many years. Some snakes can eat once a year or once every few months. How many of us can do that? Not having to eat very often is one of the keys to the success of snakes everywhere. They eat once a while. Snakes do not have to eat often. They need a twentieth of the food of warm-blooded mammals their size. Because they have a slow metabolic rate, they can survive without eating for many days at a stretch. After a big meal, a king cobra can survive for many months without food.

Do not be deceived into thinking that the world has been reached with the gospel. Television ministry is not a substitute for a real pastor who lives in the village where the people need him. But where are the pastors who will go to the towns, the villages and the highways? The people who would have gone on these missions are prosperity-seeking members of large churches all over the world. To send such people, you would need to provide a certain kind of house, electricity, generators, special jeeps, special communication gadgets, a personal air ambulance service, emergency stand-by doctors, international schools for their children, and the list goes on.

The serpent, however, does not need all these things to survive. It actually needs very little to stay alive and to persist in that environment. Today, there are many countries that do not have electricity and water at all. Some of these places are in great need of pastors and evangelists. Who will go there? Only those with the wisdom of the serpent! Only those with the wisdom of contentment!

The serpent is one of the most hated animals in many environments. If a snake rears its head, it is likely to be killed quickly by men. The snake, therefore, keeps itself safe by being content to eat very little and only a few times. May you be safe as a leader because you do not need so many things to be content! May you be a master of contentment!

Culled from the book:

“What it Means to be as Wise as a Serpent”