Why Politicians Have Disappointed Ghanaians 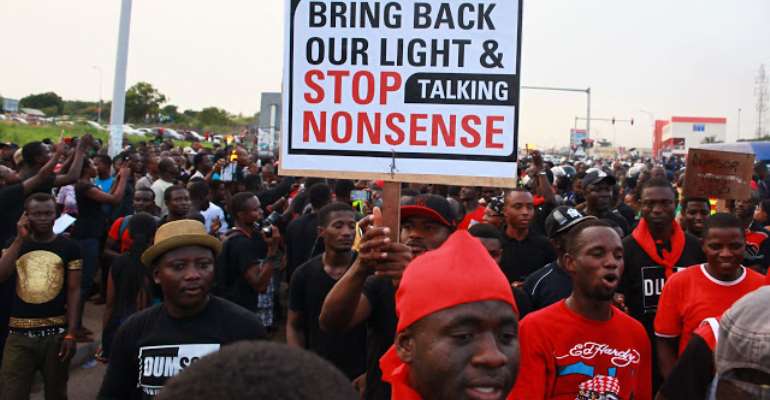 I grew up in Ghana and like most children, I was a happy child. I saw the struggling of my father, through each day to send his children to school, while my mother tries to make things easier by baking bread and delivering them to certain shops in Accra.

I can still remember, sometimes, my father who was then a journalist, specialized in film producing and directing, at the Ghana Broadcasting Corporation, will pack his car to join the public transport to work because he hasn't enough money to buy fuel for his car.

It all changed when I was nineteen, he died suddenly just the next day after work without any reason. As the elder son among my brothers and sisters, I took the responsibility of my father to make the yoke of my mother lighter.

Like most students in Ghana, we read daily about our president, the ministers, and the positions they occupied but in reality, what they do never reflect on the lives of Ghanaians. It's only the politicians and their families that lived better. Nothing has changed today.

Ghanaian politicians take their children to special schools and have the best doctors that take care of their children, yet they lack the knowledge to create jobs, develop communities, build schools, hospitals, roads and improve lives in rural areas.

As a result, the big cities in Ghana have become congested as the youth, teachers, and other professionals, leave the rural areas in search of jobs in the cities.

I am already in the Accra, therefore, for my family to survive, after the death of my father, I converted his car to commercial, that's how I became a taxi driver, while a student in Accra High School, at the same time.

Despite all the hardships, I still believe in Ghanaian politicians that they can make things better for the common Ghanaian or the suffering masses until I arrived in Europe thirty-five years ago.

In Europe, I realized that Ghanaian politicians are very wicked indeed. In fact, I have no words to describe them.

Despite all the wealth in Ghana, politicians can't utilize them better than to enrich themselves. Within a very short period, you will see them driving luxurious cars because that's what being a politician in the country means to them.

For example, the Belgian Prime Minister, Charles Michel, decides to step down in 2019, after his five years as head of the Belgian government, for a new European Union post but shockingly he created 290,000 new jobs and an unprecedented employment rate of 71 percent.

This is what I mean by a government that cares about the people. A cleaner or a labourer has a house and a car, just as the rich man. You can change your job any time you want by taking a new course or training. During the period you are under training, the Trade Union will assist you financially monthly until you start your new job.

It is only in Ghana, in the people's daily prayers, you hear of NPP or the NDC because of hard-living, surprisingly, there are other deafening noises coming from boasting politicians that there are turning water into wine and building dams and factories.

No one wants to vote in Belgium because they don't care about politicians or political parties. This one of the reasons for failing to vote in the country carries a heavy penalty.

Since they want the people's vote to elect the leaders, the Belgian government has created an easy electronic voting system to make voting even interesting for the voters to come another day.

In fact, with the kind of wealth Ghana has, Ghanaians deserve not to live in such horrible conditions, in my opinion, politicians have totally disappointed the common Ghanaians because Ghana is richer than Belgium.

Belgium can't even boast of one-third of the resources Ghana has, yet the country is one of the best to live in Europe.