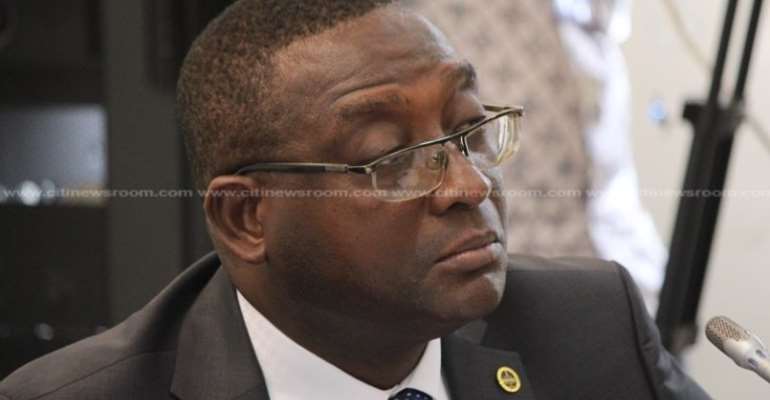 The latest Afrobarometer report which suggested a decline in the fortunes of the governing New Patriotic Party, the party’s Communications Director, Yaw Buaben Asamoa is optimistic that the figure would go up soon following measures put in place by government.

Speaking on Eyewitness News on Monday, Yaw Buaben Asamoa said the citizens are indecisive because their expectations have not yet been met since the government is still cleaning the supposed mess it inherited from the Mahama administration.

With regards to portions of the report which said 12% of Ghanaians are unsure which party to vote for in the upcoming polls, Buaben Asamoa said the trend will soon change.

“You have to take that survey overall and look at the in-built frustration of the system that we have where you have a government come in and literally drag us all the way back. And when another government comes in, the expectation of the people is that having been dragged that far back, they will be rebounded quickly but the problems the Mahama administration left us are such that they [Ghanaians] inevitably feel this thing that their expectations haven't fully been met yet so they're waiting.”

“So the people who are waiting are people who going forward will definitely decide. Because 34 percent voting for the NPP and 22 percent for the NDC, I think it's a healthy gap already because as more people begin to realize that their expectations are coming gradually on stream, these numbers for the NPP will build up,” he stated.

Meanwhile, a Deputy General Secretary of the opposition National Democratic Congress (NDC), Peter Boamah Otokunor has noted that the recent Afrobarometer report gives strong indications that many Ghanaians are disappointed in the NPP.

According to him, the fact that only 34 percent of Ghanaians say they will vote for the incumbent, shows that it has lost a lot of goodwill from the populace.

A total of 2,400 adult Ghanaians were interviewed between 16 September and 3 October 2019 to conduct this survey.

42% of respondents who were asked if they will exercise their franchise if elections were to be held 'tomorrow', said they would either not vote (11%), did not know who to vote for (12%), or just refused to answer the question (19%). 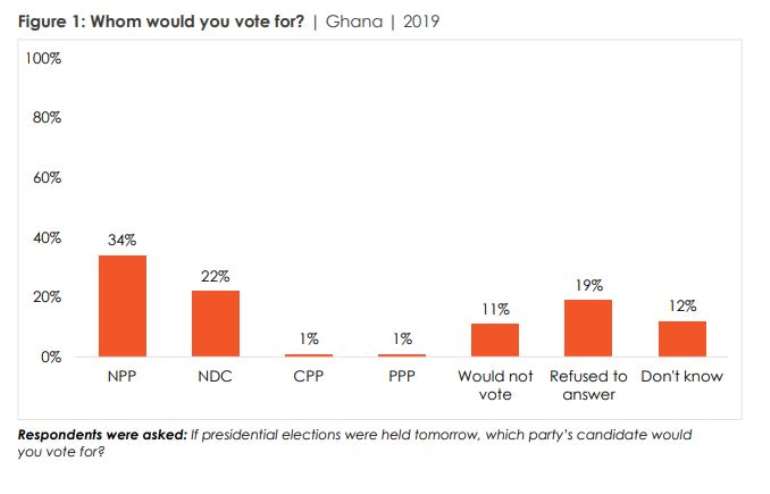 However, the majority of those who responded in the affirmative declared support for the governing New Patriotic Party (NPP) over the National Democratic Congress (NDC) although the former's preference shrunk by 15 points.