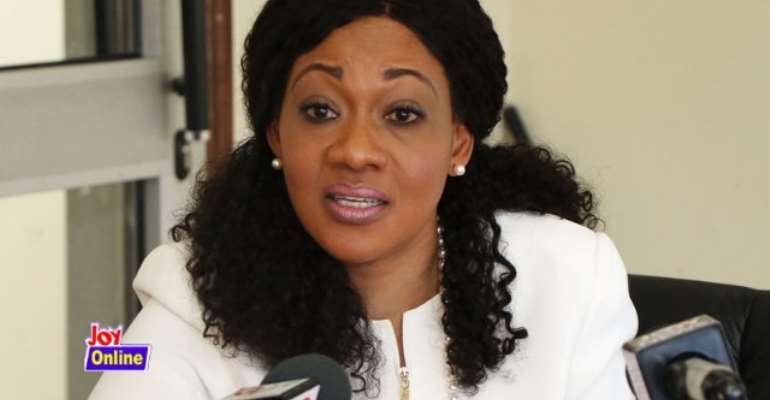 Electoral Commission(EC) has officially announced the cancellation of the referendum to amend article 55, clause 3 of the 1992 Constitution.

The EC Chairperson, Jean Mensah, in a signed statement said this followed the notification from the Speaker of Parliament on the withdrawal of the two bills that sought to amend articles 55 (3) and 243 (1) by the Attorney General and Minister of Justice, on the authority of the President.

The statement, however, stated that the District Assembly and the Unit Committee elections on Tuesday, December 17, will still come off as planned.

“All eligible voters are urged to go to their respective polling stations from 7:00 a.m. to 5:00 p. m. to cast their votes”, it added.

The President, Nana Addo Danquah Akufo-Addo on Sunday, December 1, 2019, announced the withdrawal of the December 17 Referendum .

In a special broadcast to the nation, the President explained that it will allow time for further consultations with key stakeholders and the public in general.

The referendum sought to amend the law to enable Metropolitan, Municipal and District Chief Executives (MMDCEs) and unit committee members to be elected along political party lines.

However, the question of whether to allow political party participation at the local government level has dominated major discussions with the leading opposition party, National Democratic Congress (NDC) campaigning for a 'No Vote' .

“In these circumstances, I am convinced that it will not serve the public interest to go ahead with the holding of the referendum on the 17th December even though I believe that a strong campaign for a Yes vote would have succeeded,” President said in the broadcast that lasted less than 10 minutes.