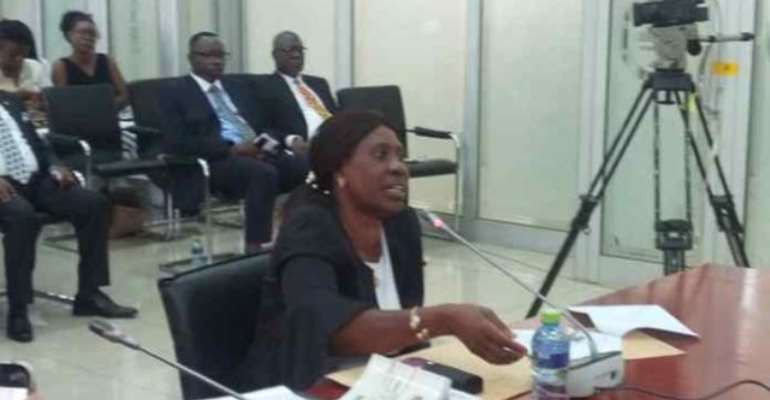 A nominee of the President to the Supreme Court, Mariama Owusu has urged Ghanaians not to be scared of judges and the court as the courtroom is a public place to serve the citizenry.

According to her, anybody at all, could just walk in there to follow proceedings but he or she must follow the rules in the courtroom during sitting, Gbcghanaonline.com reports.

Responding to questions at the public hearing during her vetting, Justice Mariama Owusu stated that Judges only administer justice depending on case before, them using the law and nothing else.

The 65 years old looking pretty woman as alluded to, some of the MPs on The Committee also made the point that, The Judiciary or The Court itself must be more open to the public as well.

She made this known when responding to questions asked by Member of Parliament, (MP), for North Tongu, Samuel Okudzeto Ablakwa in relation to recent report on perception of corruption against The Judiciary.

“We are only trialing cases brought before us, we don’t do any magic. The courtroom is a public place”, she added.

She said the perception that the court in Ghana being old-fashioned still exists, and called for the rules of court processes to be given a second look. “We need to do things in a more open way,” and suggested the need for more education on the activities of the Judiciary to exterminate unpalatable public opinion on their actions.

Per Article 144 Clause 1 of the 1992 Constitution, the President appoints a justice of the Supreme Court as Chief Justice, in consultation with the Council of State and with the approval of Parliament.

Article 144 (2) also enjoins the President to consult with the Council of State and submit the names and curricula vitae of nominees for appointment to the Supreme Court.

After the completion of consultations with the Council of State, in accordance with Article 144 (2), the President then has to seek the approval of Parliament for the appointment of the nominees as justices of the Supreme Court.

And, in line with the above, Appointments of Committee of Parliament has commenced public hearing on the three nominees for public hearing currently underway.