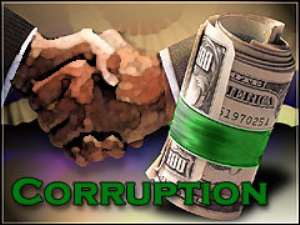 Corruption will be the biggest campaign issue in the 2008 general elections, says the Economist Intelligence Unit's 2006 political forecasts on Ghana. The Economist Intelligence Unit (EIU) report released last month says although, the 2008 elections are still two years away, the political battleground in Ghana is already being shaped by fierce competition between the two main parties, the ruling New Patriotic Party (NPP) and opposition National Democratic Congress (NDC) in determination to win swing voters to their side. Going by the EIU forecasts, the other political parties could just be adding up to the numbers. In short, none of the other opposition parties, apart from the NDC can pose any significant challenge to the NPP in 2008.

“Although ethnicity still plays a large role in the party loyalties in Ghana, with both parties having comparably large, stable support bases, elections tend to be closely fought, with an important swing vote determining the ultimate winner”, says EIU.

The EIU report recalls that on coming to power in January 2001, President Kufuor announced a policy of 'Zero Tolerance for Corruption' and “there appears to have been progress in this battle, with the passing of a number of key laws, including the Public Procurement Act, the Financial Administration Act and the Internal Audit Agency Act.”

The EIU says, however, that “there is concern over the extent to which these new laws are being enforced, particularly as the Financial Administration Tribunal, which is intended to try those who commit offences under the laws is yet to be established.”

The report says, President Kufuor is "perceived to have been ineffective in rooting out corruption in his cabinet, especially as after the 2004 elections, he included in it three ministers who had corruption charges laid against them.” The report says “even more damaging are Harona Esseku's allegations that Mr. Kufuor has been receiving kickbacks in return for the award of government contracts”, adding that critics of Mr. Esseku have suggested that the allegations against the president were merely made in retaliation for his failure to back him for the NPP national chairmanship.

Apart from corruption allegations becoming a hot campaign issue, the EIU further forecasts that the management of the economy is probably still the most important issue for winning over swing voters. Given the history of rancorous political campaigns in Ghana recently, EIU fears that the two main parties will engage in tactics of trying to undermine each other, particularly by leveling allegations of corruption against each other.

“This is a particularly powerful political tool at present, as there has been much public concern over the need to combat corruption in Ghana.” The report singles out the NDC as being particularly vocal in urging corruption investigation into President Kufuor's cabinet and his party. It says the NDC has itself faced serious internal party problems, which surface once more at the party's national delegates congress in December last year.

In its 2004 report on Ghana, the EIU predicted that the NDC will split after the 2004 general elections. This came true when intense rivalry between the Rawlings and Obed factions in the party sparked a recent swathe of resignations and the subsequent formation of the Democratic Freedom Party (DFP) led by Dr. Obed Asamoah. “It is still too early to predict exactly how the fall-out from the recent resignations will affect the NDC, especially as the political scene in Ghana begins to build up to the 2008 elections”, says the report.

It added however, that, “in the light of the division in the NDC, “the party is likely to intensify its strategy of deflecting attention away from its own weaknesses by attacking the NPP on many issues as possible.

Latest Photo Reports
Catch up with all the political quotes from our politicians.
Advertise here
More Politics
ModernGhana Links
I enjoy peace of mind, having control of myself outside parliament — Inusah Fuseini
Ayorkor Botchway defends usage of Ghana’s presidential jet by other presidents
Parliament adopt revisions to 2022 budget despite Minority rejection
Minority to reject government’s ‘modifications’ to 2022 budget
Just reduce fuel prices; the plenty talks are unnecessary – Adaklu MP to gov’t
Revisions to 2022 budget not concessions – Jinapor
E-Levy: No amount of talks or reduction is needed; just scrap it – ASEPA to Ken Ofori Atta
I’ve written to Bagbin on some amendments to 2022 budget – Ken Ofori-Atta
Lead by example, don’t also travel abroad for one month – Ablakwa tells Akufo-Addo
TOP STORIES