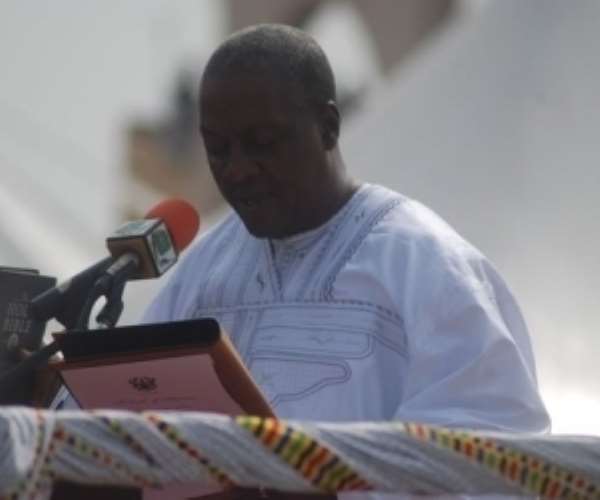 One of the biggest evils plaguing our nation is the curse of corruption. Corruption in the Ghanaian society has prevailed from time immemorial in one form or the other. It is slow poison which kills the constitution, the society and the economy of developing nations.

Corruption has become a remarkably powerful- arguably the most powerful- issue driving political change in the world today. Ghanaians are demonstrating a growing unwillingness to put up with corrupt behaviour and other forms of bad governance because of the alarming poverty rate and unscrupulous politicians take advantage of that to level false allegations against their opponents to either court public sympathy, or incite the public against the incumbent or even opposition politicians. That notwithstanding, a growing number of Presidents and Prime Ministers are being toppled before they end of their term by public anger and legal action relating to corruption. Not only is corruption driving out many leaders before their time, but it is also contributing significantly to the electoral defeat of numerous incumbents. In Ghana, prior to the 2016 elections, we heard many corruption allegations levelled against the incumbent. Many of these allegations turned out to be false but they contributed to the defeat of the incumbent. The opposition Npp said the former first lady was putting up a warehouse at the Flagstaff house, the President owned hotels in Dubai and Japan, the President had purchased a private jet, cost of projects were inflated and printed pictures of some fuel stations they claimed belonged to some appointees of the Mahama administration. In opposition, the former President and members of the opposition NDC have been calling on the Akufo-Addo government to furnish the world with evidence of their allegations and prosecute them as the laws demand. Government has still not responded to their request causing disenchantment among its supporters who ignorantly believed the false allegations.

President Mahama relentlessly fought against corruption and instituted measures to free the country from the clutches of a cabal of crooked politicians and dodgy middlemen who, over the years, have been gnawing away at the very essence of the oft repeated but much neglected goal of inclusive growth. Early on in his term, he dealt a fatal blow to high level corruption by instituting certain measures and taking firm decisions on corruption cases involving officials of his government. This drove the proverbial fear of god into his appointees and other officials of state. There were other measures as well and the net effect of all these was that it made Ghana an easier and cleaner place to do business. Ghana attained genuine stability and the culture of business itself changed, foreign investors and honest business people found it easier to set up and conduct business in the country. Control of corruption in the public sector saw significant improvement, with both perception and actual experience of citizens also improving significantly. Anti corruption organisations across the globe saw this a remarkable rise, given that the control of corruption dimension declined between 2013 and 2016.

Under Akufo-Addo in 2017, Ghana dropped 11 places from the 2016 ranking to place 81 out of 180 countries. Corruption cases such as the A-Plus revelation, the Bost scandal, the Ameri Power deal, the $2.25 bond fraudulently issued by Ken Ofori Atta and his cronies, cash-for- seat saga contributed to Ghana's sharp drop. In the 2018 report CPI report, Ghana scored 41 out of 100 and was ranked 78 out of 180 countries.

World leaders also commended President Mahama for his corruption fight initiatives. The former British Prime Minister Mr David Cameron commended him for his bold efforts. He said President Mahama's personal commitment and leadership will help encourage other countries to appreciate why this agenda is so critical for current and future generations. He also said - "With you at the helm, Ghana continues to exhibit strong leadership in democratic governance in the West African region. I also welcome your commitment to transparency in governance by revising the Ghana Criminal Offences Act to redefine corruption to include the more expansive definition covered in the ‘UN Convention Against Corruption and the AU Convention on Preventing and Combating Corruption',” the letter said."

These figures captured in Transparency International's report from 2013, show efforts by the Mahama administration to fight corruption when it was in office. The President launched numerous campaigns to eradicate what he described as Mass murder. For example, Vicky Hammah was removed from office for making a reckless statement which suggested had planned to temper with state funds, Abuga Pele who is a friend and comrade, was arraigned before court and jailed, Dzifa Attivor, was made to resign over the bus branding case though she did not benefit directly from the deal.

The adjudication of serious cases of corruption involving members of government, earned him respect among his colleagues across the world culminating in several invitations to speak on corruption on serious international platforms. His critics should be finding out why after leaving office, the man still receives invitations to address the world on anti corruption issues. For the first time in the history of Ghana, the nation finished the 2016 election without causing pressure on the national Kitty. In spite of the numerous economic challenges including low prices for our export commodities, power crisis etc, the administration was able to save money through the stabilization levy etc and also cleaned up the regulatory and other plaque that were clogging up the blood vessels of the Ghanaian economy. One thing that he ensured was proper, impartial and unbiased use of various state agencies and anti social regulations to take strong , deterrent, and timely legal action against corruption offenders, irrespective of their political influence or money power. He was committed to ensuring probity among public servants and protected them from frivolous allegations.

When one of his ardent critics and a man who made "fake corruption allegations against Mahama" his project appeared before Parliament's vetting committee and was asked to prove the numerous corruption allegations he leveled against Mahama and his administration, he told the committee they were mere perceptions. An Npp Member of Parliament openly challenged Nana Akufo-Addo over the latter's allegation that the Mahama administration inflated the cost of the Kasoa interchange. President Akufo-Addo's own friend and my long cherished senior comrade Mr Kwaku Baako debunked Nana's allegation that the Mahama administration inflated cost of the Ridge Hospital work. The Akufo-Addo administration and the Npp have still not substantiated the numerous allegations they leveled against the former president, his wife and his government in spite of all the tools available to them.