President JOY Warns: Don’t Throw The Promise Baby Away With The Dirty Water 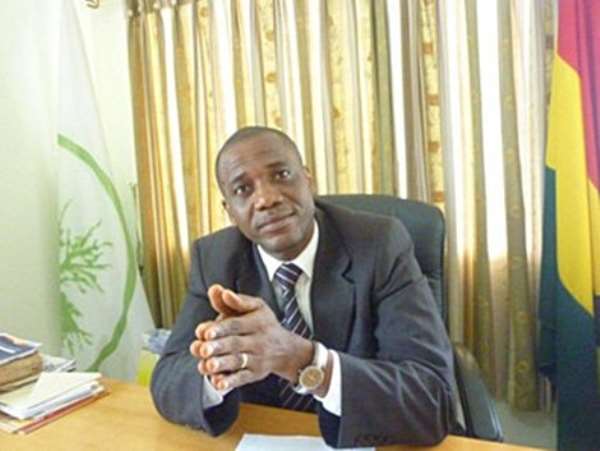 Your Excellency, let me offer the felicitations of the Christmas seasons to you and your elegant First Lady, H.E Rebecca Akufo-Addo and your government.

The season reminds us of how precious babies are to humanity. That is why, I write to you candidly to reconsider, please, not to throw the precious baby of election of MMDCEs with the dirty water of partisan at the local government and lower units of our political system.

The counter statement by your good self and the Fmr. President, H.E. John Mahama about the agreement on election of MMDCEs at the said meeting with Former Presidents should please be refocused on the substantive desire of Ghanaians.

The demand of Ghanaians in true broader national consensus about the referendum is not yet completed and the courage and wise intervention of key stakeholders is being called upon for your kindest reconsideration as a precious Christmas Gift to Ghanaians.

The NO to the referendum was on Article 55(3). Your considered thought to withdraw that from Parliament is just, and we are thankful to you in a similar manner as has been released in a statement by the Catholic Bishop Conference.

However, the emotions of misunderstanding may have caused you, H.E. Nana Addo to have also withdrawn the amendment of Article 243(1), which calls for Ghanaians to have their MMDCEs elected in a NONPARTISAN manner (which is in conformity to the entrenched local government Article 240). Article 243(1) should be resubmitted back to Parliament for amendment as it is the desire of Ghanaians to elect their MMDCEs but not under Partisanship lines.

Article 243(1) once amended for non partisanship elections of MMDCEs, will ONLY require the amendment of ;

Article 243(3a) to read "a vote of no confidence, supported by the votes of not less than two-thirds of all the members of the District Assembly is passed against him and subsequently by voting of the electorate or appointing body to affirm the vote of no confidence. Nothing debars the affected MMDCE to want to participate again in the ensuing contest; or and

Article 243(3b), which gives power to the President to terminate MMDCEs appointment should be eliminated. Whilst Article 246(2) could be amended to increase the tenure of MMDCEs from four(4) years to Six (6) years to ensure implementation of projects spans across the tenure of office of the central government.

Once these Articles are amended, Article 242(d) which allows 30% members of the Assembly to be appointed by the President in consultation with Chiefs and other interest groups like the Faith Based Community SHOULD REMAIN.

These amendments will bring checks and balances to ensure that the central government also has 30% members representing her in all Assemblies.

We still appeal that all the stakeholders should strongly encourage you, H.E NANA Addo and the government to complete the amendment process of Article 243(1) which is mostly important to Ghanaians and also mutually Exclusive to the amendment of Article 55(3).

These amendments shall serve as the first process of giving power to local citizens to elect and to terminate appointments of their MMDCEs. And also reinforces the fact that the Sovereignty or the Powers of the Constitution resides with Ghanaians (simple majority or 2/3 majority depending on the issue under consideration) and empowered accountability of MMDCEs to the people.

It is prominently important, H.E. Nana Addo that our political history will have your name tagged to empowering Ghanaians for posterity. If there is any nobility, think about these. Your leadership can help Ghana achieve the 2nd Independence that will give more power to the people rather than politicians, which will also strengthen our Institutions.

The Electoral Commission should also be encouraged by the stakeholders to improve the law and the sanction for political parties' indirect sponsorship of Assembly members. Such endeavor can help nurture the attitude of respect to the constitution and the laws before their due amendment.

Thank you H.E NANA Addo for your attention and may God help courageous stakeholders to continue to bring finality to this important Baby for Ghana's democracy.

1. The Speaker of Parliament

3. Majority and Minority Leaders of Parliament.

4. The NDC, NPP and All minor Political Parties

5. The National House of Chiefs