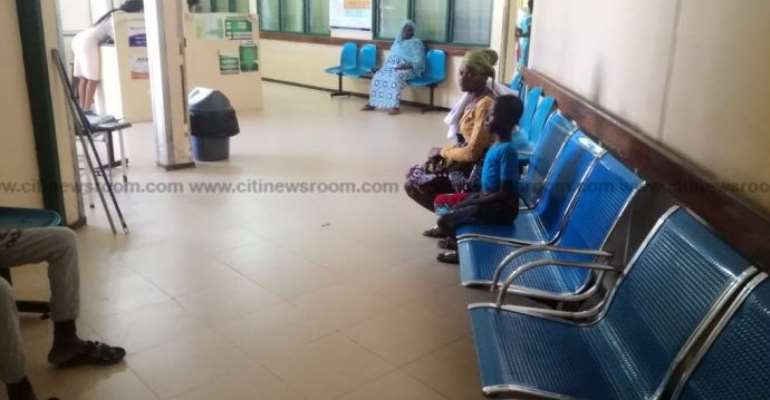 The Volta regional chapter of the Health Services Workers' Union (HSWU) has threatened to stage a sit-down strike if their working conditions, including their market premiums which have remained static since 2012, are not reviewed.

The group says the failure of the government to automate their annual increases in pay at the Controller General's department compels some members of the union to pay bribes at the department.

Leader of the Volta regional chapter of the HSWU, Harriet Sobuor Amponsah, told Citi News they, among other things, want the government to launch and implement the laboratory policy which was signed in 2013 under then-Minister of Health, Sherry Ayitey.

“We are a step below our colleague nurses. Meanwhile, we are all diploma holders. We were all trained by the employer. We are all critical staff. Why are we a step lower than our colleagues. We are saying that we have written enough letters. We have done enough consultations. The meetings are over.”

“We are telling you Fair Wages and Salaries Commission that refusing to review the salary structure for us to be at par with the diploma nurses means that we no more matter in the health service and so we will sit and watch only the nurses work,” she exclaimed.

The Health Services Workers' Union (HSWU) had earlier given the government a two-week ultimatum to address their concerns or face their wrath.

The Association stated the government has for the past seven years discriminated against its members by failing to upgrade their salaries and conditions of service.

Some other concerns of the Union are the selective implementation of the collective agreement, payment of market premium based on their current monthly basic salary, salary distortion under the Single Spine Salary Structure, non-implementation of National Health Laboratory Policies, no increment in credits, upgrade of three-level grades to four.

The decision to strike by the health workers in the Volta Region comes as a reiteration of previous ones done by other health worker groups over the same or similar concerns.

Nurses and other health personnel at the West Gonja Hospital at Damongo in the Savannah Region embarked on a sit down strike in July.

This was as a result of what they say is management's failure to come to the negotiation table over their allowances.

These nurses who are members of the Health Services Workers Union proposed that 10 percent of their basic salary be paid to them as monthly allowances but nothing has been done in that regard.

In spite of the strike, they however assured that they would continue to attend to maternal and child health cases as well as emergencies.