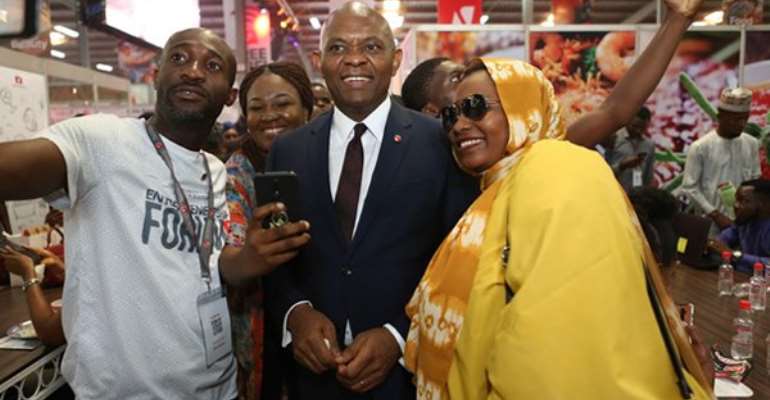 CEO of the Foundation, Ifeyinwa Ugochukwu, in acceptance speech on Wednesday, December 4, also commended the young entreprenuers for their drive to succeed against all odds.

Organised by CNBC, the AABLA Awards “Philanthropy Award” category seeks to identify and recognise individuals for their exemplary and unique contributions towards the social and economic development of Africa. According to the organisers, the recognition was attributed to African entrepreneur and philanthropist Tony Elumelu for his outstanding moral and financial investment in Africa, and his support of young African entrepreneurs.

Receiving the award on behalf of Mr. Elumelu, Ifeyinwa Ugochukwu commended entrepreneurs for their spirit of achievement and excellence. In her acceptance speech, she said: “This award is dedicated to the hundreds of thousands of young African entrepreneurs who apply to the Tony Elumelu Foundation Entrepreneurship Programme every year. They are the true heroes of our continent.”

The goal is to empower young African entrepreneurs to create millions of jobs and revenue on the continent, tackling poverty and extremism, and creating economic hope in underserved communities while contributing to the overall advancement of the African continent.

The Tony Elumelu Foundation recently announced that it will open its annual call for applications for the new cohort of entrepreneurs on January 1, 2020.