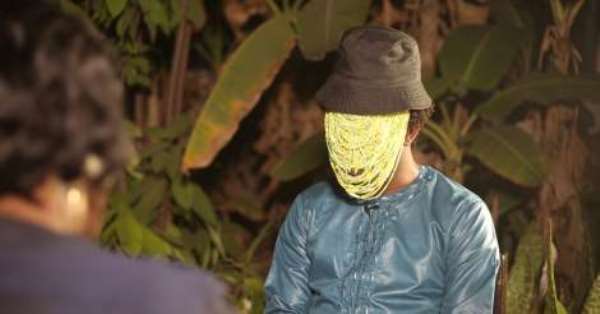 Unfortunately, some among the few learned and most respected Ghanaian journalists, both home and abroad, are about to throw their hard-earned reputation into the bin, if they had not already done so. Their continuous support for Anas Aremeyaw Anas, claiming that he had, and has, been, doing a great job fighting institutional corruption both in Ghana and abroad hence having their unflinching support regardless, amounts to casting a darker shadow over their integrity.

As it is admonished not to listen to one side of a story to pronounce a judgment but both, we could all be forgiven for declaring affection and support for Anas when he first came out with his one-sided exposés on judicial corruption in Ghana, corruption at the Ghana Ports and Customs and many others. I was among the many Ghanaians that hero-worshipped him for we were all like blind persons while he was the only one-eyed man capable and able to see. Verily, in the land of the blind, the one-eyed man is king. As corruption has become part and parcel of Ghanaians, any individual standing up with dubious intent to fighting corruption as typified by Anas is a hero!

However, now that the other side of the coin or the story has been shown or told, are we not required by common sense to evaluate Anas on his modus operandi and conclusions drawn on the alleged criminal cases he investigates? Do we blindly continue to prostrate to him, seeing him as the God-send saviour come to rid Ghana of the damnable institutional corruption? Do we discriminately have to kowtow to him, because he is the first among equals to have emerged from the Ghanaian journalists to selflessly volunteer to fight the cancerous and ramifying official corruption in Ghana? Do we have to overlook his shortcomings, even if they are more criminal in nature than those of the people he investigates and exposes them for public ridicule, punishment and total deprivation of their other genuine source of livelihood?

A crime is a crime and a criminal is a criminal. Yes, we have levels of crime and degrees of punishment. I stand to be corrected by those with knowledge of the law; is a lawyer or a judge committing the same offence as a layman of the law not punished more than the layman when both are arraigned (to call or bring before a court to answer to an indictment)? Why is that so? Is it not because the lawyer or judge is more conversant with the law and its consequences when breached than the layman (a person who is not a member of a given profession, as law or medicine)?

Here is Anas Aremeyaw Anas, a lawyer and the proclaimed Ghanaian ace investigative journalist with many international and national accolades to his credit, clearly seen in recorded videos resorting to a methodology worse than criminal, to apprehend people he comes out with tagged as perpetrators of corruption. Is that fair?

Those Ghanaians who continue to praise him as a fighter of corruption in Ghana despite himself perpetrating worse forms of corruption must be ashamed of themselves. Is it an act of heroism when you rob Peter to pay Paul? Even if those that he accuses of corruption were actually corrupt, the fact that he demands money from them not to expose them in public is wrong let alone, those people being innocent but as greedy and a conman as he is, he simply sets them up. Simply put, he is a blackmailer, insatiably greedy, corrupt, and an unmatched criminal in the history of Ghana's criminology with his Tiger Eye PI being criminogenic.

Let those still supporting him as though his criminal side has not been exposed bear in mind that two wrongs don't make a right, thus the fact that someone has done something unjust or dishonest is no justification for acting in a similar way. I was completely astounded to read an argument in favour of Anas by a respected prolific Ghanaian online writer and journalist residing abroad. He said, a former American president and the number one or two richest man in the world are criminals. They hatched a plot to depopulate Africa or exterminate Africans using vaccines or drugs camouflaged as for helping the lazy good-for-nothing Africans but in reality, to use them to kill us slowly. Therefore, as Ghanaians saw nothing wrong about that, there should also nothing be wrong with Anas and however he conducts his investigations.

Sorry, the fact that we were incapable of condemning those people does not accord Anas the right to exploit Ghanaians for his selfish ends using his criminal means of set up, blackmailing and extortion to conclude that a person he has investigated is corrupt. We don't wish to fight corruption only to come back to accept gargantuan form of corruption.

Without any ifs, ands, or buts about Anas, he is worse a corrupt individual in Ghana who as criminal as he is, has been able to imprison the minds of most Ghanaians, instilled fear in them to pave way for him to achieve his criminal objectives. Thank you to God that He has emboldened Kennedy Ohene Agyapong (Hon), the Member of Parliament for Assin Central constituency in the Central region, to expose him big time.

The doubting Thomases who are living in denial, let it be known to them that no matter the degree of support they give to Anas, he is done. Those ignorant ones condemning Kennedy for exposing Anas, I will only ask you to continue to bury your heads in the sand like the proverbial ostrich while its very backyard was up in flames.

Why are there still people out there glorifying Anas upon all the credibility of the evidence coming out to prove him a criminal? Are the underlying videos able to convince you as to the actual nature of Anas Aremeyaw Anas? If he is today not seen in the lens of a criminal, some Ghanaians may adopt his criminal methods to make matters worse for all of us in the end. If Anas can get away with it to enrich himself, why not me, those emulating him may say.