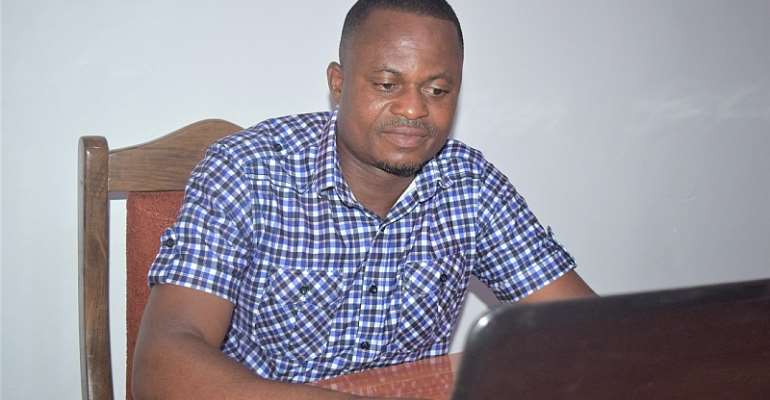 According to him, the speed at which parties in power mount defence to at all cost exornerate corrupt officials sharply defeats the nation's commitment towards the fight against corruption.

He revealed that corruption is costing global economy 3.6 trillion dollars - a sum equivalent to more than 5 per cent of the global GDP. In developing countries, according to the United Nations Development Programme, funds lost to corruption are estimated at 10 times the amount of official development assistance.

In Ghana, According to Mr Ahenu, corruption is costing Ghana’s economy 13.5 billion Ghana cedis every year. This he noted affected the entire society as a result of insufficient allocation of resources, the presence of shadow economy, and low-quality education and health care among others.

He noted that the major barrier hindering the fight against corruption in Ghana is the lack of political will from successive governments to prescribe severe punishment for corruption which could serve as a deterrent to others.

He noted that, over the years both past and present governments have failed to take the bull by the horn to deal with corruption in their governments. Adding that they just paid lip service towards fighting corruption.

Mr. Ahenu who is the Secretary to the Sunyani Local Accountability Network, a local umbrella of Ghana Anti-Corruption Coalition made the disclosure during sensitization forum for members of Kings Assembly of the Church of Pentecost at Abesim near Sunyani in Bono region. Similar fora were also organized for Students of Ideal College and Muslim Community at Adomako, a suburb of Sunyani. It forms part of activities to commemorate this year’s UN International Anti-Corruption Day in Ghana

International Anti-Corruption Day has been observed annually, on 9th December, since the passage of the United Nations Convention Against Corruption on 31 October 2003 by the UN General Assembly to raise public awareness for anti-corruption.

Corruption is acknowledged as a major contributor to underdevelopment. Despite several legislative and institutional reforms, Ghana continues to perform poorly on the Corruption Perception Index (CPI), attesting to pervasive corruption in the country.

Corruption is identified as a root cause of poor public service delivery and poverty, undermines democracy, subverts the rule of law and exacerbates poverty. It is therefore imperative to galvanize efforts in combating corruption in Ghana.

Mr. Ahenu who is also the Founder/CEO of Global Media Foundation identified corruption as one of the biggest obstacles to achieving the Sustainable Development Goals across the globe especially in Africa, adding corruption thus makes societies worse off and lowers the living standards of the population.

At the student's forum at Ideal College, he stressed the importance of empowering and mobilizing youth in Africa and for that matter Ghana to fight for a corruption-free Africa and Ghana.

As part of strategies to promote the fight against corruption, the members of Ghana Anti-Corruption Coalition (GACC); comprising CDD-Ghana, CHRAJ, EOCO, GCRP, GJA, GII, IEA, PEF, and other stakeholders have devoted the first week of December (2nd to 9th) to consciously increase national awareness on corruption by sensitizing the public on the cost of corruption and mobilizing citizens to support the fight against corruption. This is in line with the United Nations International Anti-Corruption Day (IACD) celebrations marked on 9th December every year.